This is Halloween, everybody make a scene
Trick or treat till the neighbors gonna die of fright
It’s our town, everybody scream
In this town of Halloween

Welcome to October, one of my favorite months of the entire year.  I love the changing of the leaves, the cool crisp weather, taking out my scarfs and sweaters and, I’ll admit it, pumpkin spice everything.  But most of all, October means Halloween.  That fun filled holiday celebrating everything spooky and scary and, yes, free candy!  It doesn’t matter how old I get, I always love Halloween.  I love shopping for cheap spooky decorations at the local Dollarama, assembling this year’s Halloween costume, finding excuses to display my monster collectables at work and watching It’s the Great Pumpkin, Charlie Brown every single year.

I think every generation remembers Halloween differently, and I’m not sure Halloween is quite the same these days as it was for me growing up in the late seventies/early eighties.  There was a certain plastic charm to it, and my generation was the last which could run through the streets in the dark without much worry for our personal safety.  Mom would bring us to the local K-Mart and we’d pick out a Halloween costume with a plastic mask of our favorite cartoon or movie character accompanied with a vinyl playsuit with their picture on the front.  Mom would make us wait until just after dark, and my brother and I would not only just run through our very large neighborhood, but also another two nearby neighborhoods, in search for candy.  We would be out for hours, and visited probably three hundred houses, stopping at home occasionally to drop off bags of treats before we went out for more.  Eventually we would get home for the night and sit in front of Halloween television specials and sort out all the candy in piles, separating the chocolate from the suckers from the chips.

I liked the chocolate the best, but unlike most people, I really did like those weird tasting taffy things that were wrapped in the orange and black wrappers (I can’t remember what those things were called, or exactly what they were), and I am a sucker for candy corn despite it being universally hated. I also have a fond memory of a candy they called Baseball Bats that came in chocolate and strawberry flavor which nobody ever seems to remember but me (I’d sell my soul for a taffy strawberry Baseball Bat). Although the wrapper had a picture of a baseball player, the actual candy was shaped more like a cricket bat. Every once in a while there’d be the neighbor who gave you a can of pop, which to me was pretty special. But there was this one house, and it was the same house every year, that gave out packages of Thrills gum. It was this awful purple colored gum, in a purple and yellow package that tasted like soap. Seriously. What the hell was wrong with those people? I think those neighbors are long gone now, but I can still bring you to the old neighborhood and point out their house.

Now an adult living on my own, when I hand out candy for Halloween I always try to choose candy that I actually don’t like but are favorable to others. If I buy boxes of chocolate the likelihood of the chocolate lasting through to Halloween is unlikely. So I tend to hand out Skittles or suckers, because those are two types of candy I don’t want to eat.

When I was a little boy I was fascinated by monsters, but I was too timid to watch horror movies.  I remember having toys, clothes, books and puzzles that featured most of the Universal movie monsters, and I remember I owned the Power Book and Record set featuring Marvel Comic’s version of Frankenstein who was dressed in Sonny Bono’s furry vest (boy, I sure wish I still owned that).  In our school library they had a copy of Lee J. Ames’ Draw 50 Monsters book and each Halloween I’d take it out and carefully draw the best creatures on large pieces of newsprint, carefully cut them out and hang them around the house.

Honestly, the scariest thing that I dared watch on television was episodes of Scooby Doo, which always had a flare of the supernatural to it, although you know it was going to just be a guy in a suit at the end; or The Hilarious House of Frightenstein, which was more goofy than scary.  But I guess I did cut my teeth on the thrills and chills of Doctor Who, which was more sci-fi than horror, but a whole generation of kids was traumatized by that show, and I loved it.

When it came to horror movies I was a little late to the game.  By the time I got into the sixth or seventh grade, all the kids were talking about the Nightmare on Elm Street and Friday the 13th movies.  There would always be that one kid who managed to get the films on VHS and all the cooler kids would go over to someone’s house who had a VCR and watch them, and then come to school the next Monday gushing over them.  I never got invited to these parties, and, to be honest, I really was too afraid to watch these films.  I wondered about them, but didn’t want to see them.

But I do remember my first foray into horror movies.  It was 1990 and I’m a dorky kid in grade eight, and all the kids were excited about a new mini-series about to land on prime time television.  The show was Stephen King’s It, staring Tim Curry as Pennywise the Clown and a plethora of pop culture favorites.  I was curious and, honestly, didn’t want to be left out of Monday’s home room conversation.  I remember huddling in front of the television on a Friday night with a big green bowl of popcorn and my favorite blanket to hide under if things got too intense.  But as the film started, I absolutely loved it.  I loved the story, the characters, the scares and the thrills.  I suddenly learnt what I’d been missing all these years, and from that moment horror became one of my favorite genres of films, and I have assembled a massive collection of horror films from every sub-genre and era.  From the silent films like Nosferatu and The Cabinet of Dr. Caligari, to the Universal classics, the Hammer Horror chillers, international films like Brazil’s Coffin Joe films, Italy’s Mario Bava thrillers and Japan’s Ringu series, Japanese monster movies, the great slasher films like Texas Chainsaw Massacre and Halloween and modern greats such as The Conjuring and Paranormal Activity series.  I’ve seen it all and, for the mot part, I love it all.

While most people know I love horror films, what others might not know is that in my adult life I have explored real life paranormal phenomena and the occult.  I have gone on paranormal investigations, have surrounded myself with witches as friends and confidants, and have experienced and seen things that I cannot explain.  This Halloween I want to share these people and experiences with you

Throughout October we’re going to be celebrating all things spooky at samtweedle.com.  Samantha Moss and I are continuing our collaborations, and this month we will be visiting with people in our community who live Halloween all year long.  On Thursdays I’ll be bringing back some blasts from the past when I continue to rebuild my “pop culture addict” interview archive as I represent my talks with Dark Shadows actress Lara Parker, real life rock n’ roll witch Jinx Dawson of Coven, Travel Network paranormal investigators Amy Allen and Steve DiSchiavi and horror icon Sid Haig.  I also have a few other stories on the way calculated to celebrate Halloween all month long.

So put on your spookiest mask, grab you candy loot bad and get ready to go.  Let’s tell some stories together!  Boo! 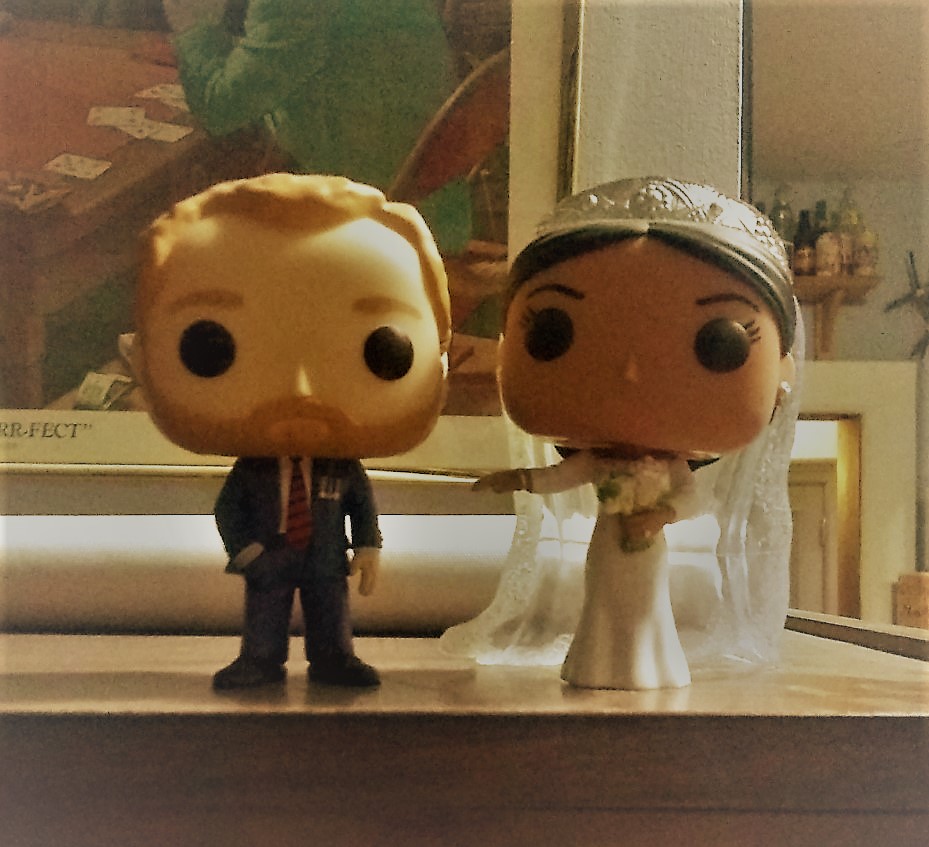 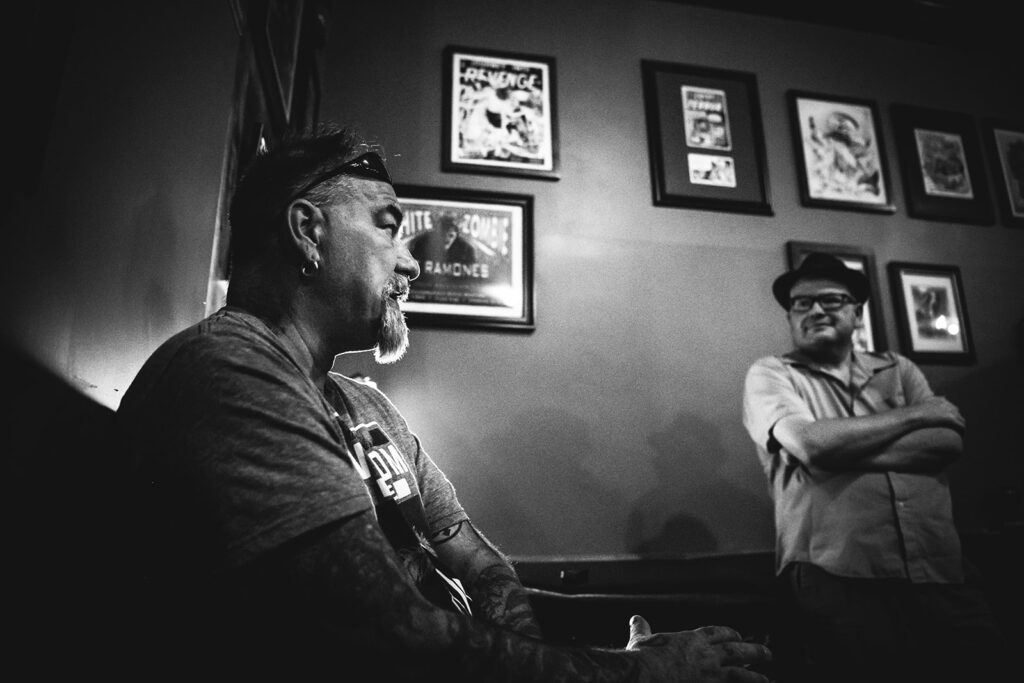 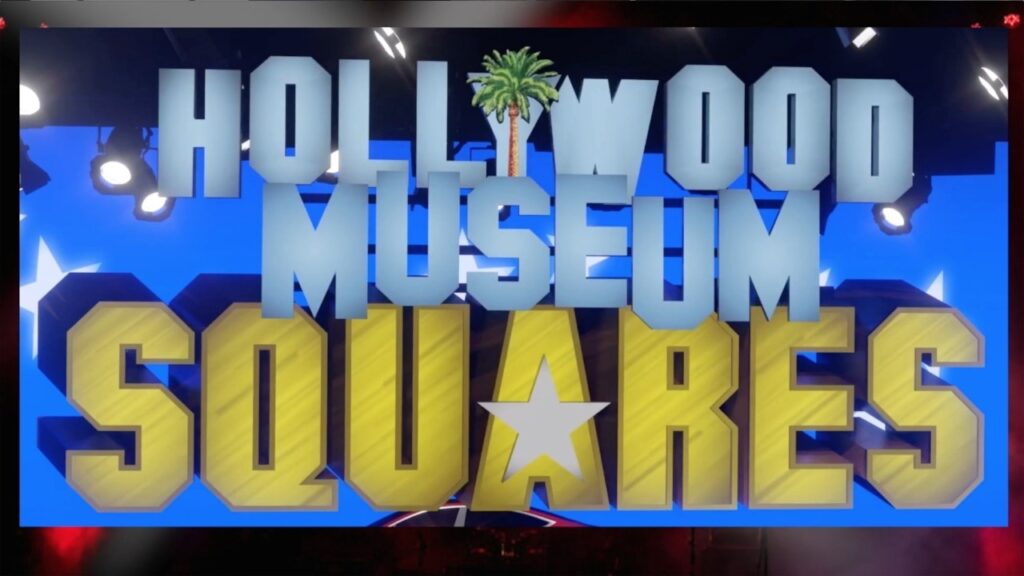