When Kathryn Bahun is with her dolls, it’s hard not to notice her enthusiasm for them in her smile.  “A lot of the dolls I buy cheap, but to myself I am rescuing them from shelves,” she says.  “Most people aren’t going to buy these dolls if they are looking for a doll.  Even if they are looking for a vintage doll, they aren’t going to buy these ones.  These dolls are just going to sit alone.  They are different than other toys.  They aren’t like stuffed animals.  They have eyes and they look real.  You can’t just leave them there.”

Kathryn’s dolls aren’t the precious porcelain dolls of yesteryear carefully kept as a keepsake, or the frantically sought out American Girl dolls that put a heavy dent in parent’s pocket books when purchased for the little girls who want them.  The dolls that Kathryn and her friend Ben Hatcher have brought together are the dolls that aren’t any child’s favorite plaything.  They have blank eyes, cracked faces, matted hair and grotesque features.  Sometimes age is their greatest flaw, and other times they have a mold that defies all logic.  Kathryn and Ben are the curators of what has come to be known by Peterborough, Ontario residents as The Creepy Doll Museum.

I first met Kathryn and Ben a year ago when they were preparing to introduce their dolls to the world at a Halloween event held at The Theatre on King.  Assembling a selection of dolls in the basement of the Cork and Bean for me to see, I’ll admit that I was immediately fascinated by the collection, and for the entire year I’ve continued to think about them.  There is an eerie macabre energy that surrounds the dolls which is partly forlorn innocence but also demands a sense of respect. Ever since, I’ve wanted to see the collection again, which brought me to the doll’s doorstep on a warm September night.  On a random street, in an unsuspecting neighborhood in the East end of Peterborough, the dolls are all together in what Kathryn and Ben refer to as the House of Wayward Dolls.

“I don’t buy every doll I see,” Kathryn explains. “It’s all in the face.  If it’s too ordinary I leave it for someone else to buy.  You put the personality on them that comes with them.  You look at their face and you decide that this one sets fires.  You read into their face because they say so much.”

“I find many of them are creepy by association,” Ben reflects, looking on a group assembled in the lush overgrown backyard.  “Not all of them are creepy.  Some of them, if you walked in a room and they were by themselves where it’s otherwise normal you may not think it’s a creepy doll.  But when you put it among all the others it emanates the creepy feelings.”

When Kathryn and Ben put together their Creepy Doll Museum exhibit in October 2019, the two night event was not only a success, with hundreds of people coming out to view the collection, but the collection gained national attention as well when CBC took notice of the collection.  In the year since, Kathryn and Ben have been contacted by people throughout Canada who have donated their own nightmarish dolls to what will be a loving forever home.

“I was interviewed by CBC’s As it Happens, which was pretty sweet,” says Ben. “From all the attention, we got lots of dolls from all over Canada, stories of creepy dolls from people all over, and invites to take our collection on the road, which is still in the cards.  We want to take the collection on tour.”

The fact that people had creepy dolls to give away is something that never occurred to me.  While we all have seen creepy dolls, what is it that makes people keep one around?

“People would say ‘I’m too afraid to throw it out because I think it’ll come back, so now I’ll give it to you,’” Ben laughs.  “I imagine if these are in someone’s house they are likely a family heirloom, and if they are not the décor that people are looking for, there is guilt in just throwing them out.”

“Everyone wants the Depression glass or the china or the crystal, but nobody is fighting over the doll,” Kathryn adds.

Case in point is an antique baby doll in a white gown with a massive head.  Although not nightmarish in nature, age has not been kind to it.  After hearing the CBC interview, the doll was gifted to Ben by a woman who had heard the broadcast.

“This is Joy.  She has real hair eyelashes,” Ben points out as he holds up the doll.  “The woman who gave it to us was around sixty years old, and her mother had won it at a carnival when she was a child.  Her children have been asking for her to get rid of it for years, but when she handed it to me she started crying.  She said ‘I don’t understand why people find it creepy.’ But I said that we’d give it a good home in the museum.”

Kathryn and Ben’s collection began four years ago when Kathryn was attending the Gilmour Street Garage Sale.  It was at the sale that she first eyed a doll she calls Mortimer, who she continues to cherish as her favorite of the collection.  An impish little figure with a massive forehead, to me Mortimer resembles Jack Nicholson in The Shining more than something that is supposed to be a child’s companion.

“I was having a hard time with something that made me sad,” Kathryn says, “But something about Mortimer just made me smile.  Look at his huge forehead.  I had to buy him.  I picked up Mortimer, with a couple of others, and it happened to be Ben’s birthday.  So I thought that it’d be funny if I got him one of these dolls, so I did.”

In the months that followed, the collection grew as Kathryn and Ben encounter more and more of these discarded playthings at thrift shops, garage sales, antique stores and flea markets throughout the area.

“My friends think it’s pretty hilarious,” Ben says.  “My partner doesn’t really want them in the house, and if they are in the house they can’t be seen.  I have a few good hiding spots.”

“My people aren’t surprised at all that I have them,” Kathryn adds.  “I think my kids are fine with it.  My daughter is twelve and she asks if she can help write the bios and come up with names.”

But some of the dolls have come with their own spooky tales, such as a baby doll named Veronica which Kathryn added to the collection this year.  With blank eyes and what seems to be a moldy residue growing up her face, Veronica could be one of the most fascinating new additions to the museum.

“There’s this old dance hall east of Maynooth, and a guy runs it as an antique dealer,” Kathryn tells.  “Veronica was sitting in the corner, and I’m always looking for dolls and I saw her.  The owner saw me looking at her and immediacy said ‘I have to tell you that that doll is haunted.’  Well I didn’t need any bad luck so I passed.  But I kept thinking of her and how she’s just going to sit there and no one is going to buy her, so I called my friend who lived out there and said ‘If she’s still there can you buy her for me?”’

Although Kathryn and Ben still plan on taking the dolls to display in other cities, the COVID-19 pandemic crushed much of their plans for 2020.  However, residents of Peterborough will be invited to revisit the dolls once again when the collection returns to The Theater on King at the end of October, just in time for Halloween.  Although dates are yet to be announced, Kathryn and Ben will be back at 171 King St. to introduce you to their cherished dolls in an event that will follow provincial health guidelines.

“We didn’t think we’d be able to do the museum this year because people weren’t going out, but The Theater on King got in touch with us and they were really keen on it,” Ben reveals. “They said they had a plan and could make it work.  We met with them and, in going into the meeting I wasn’t sure if we could make it happen.  I think part of that was from lethargy from COVID.  I haven’t done anything fun in six months.  But as soon as we walked into TTOK and started to envision it we’ve just been energized.”

“It’ll be timed entries with a limited number of people for each half hour,” Ben continues.  “One thing Kathryn and I talked about was that we’d like to do this every year until we can’t, but every year we need to make it different.  The global pandemic will make it different this year.  But we do have some new fresh things planned to make it.”

Even though I’ve now been with the dolls four times, the collection never gets old to me.  Each doll has its own strange personality, which is highlighted by names and biographies created by Kathryn, Ben and other local authors.  Together they transcend just a collection of abandoned playthings, but become a macabre menagerie.  Still growing and finding new playmates for their strange family, the Creepy Doll Museum is a story that keeps continuing, and a collection I want to revisit every year. 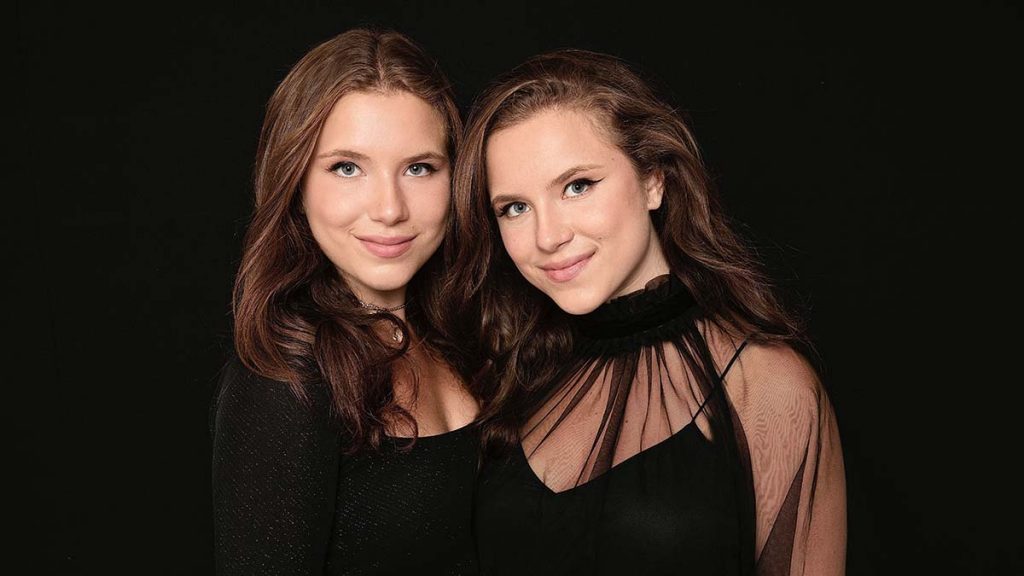 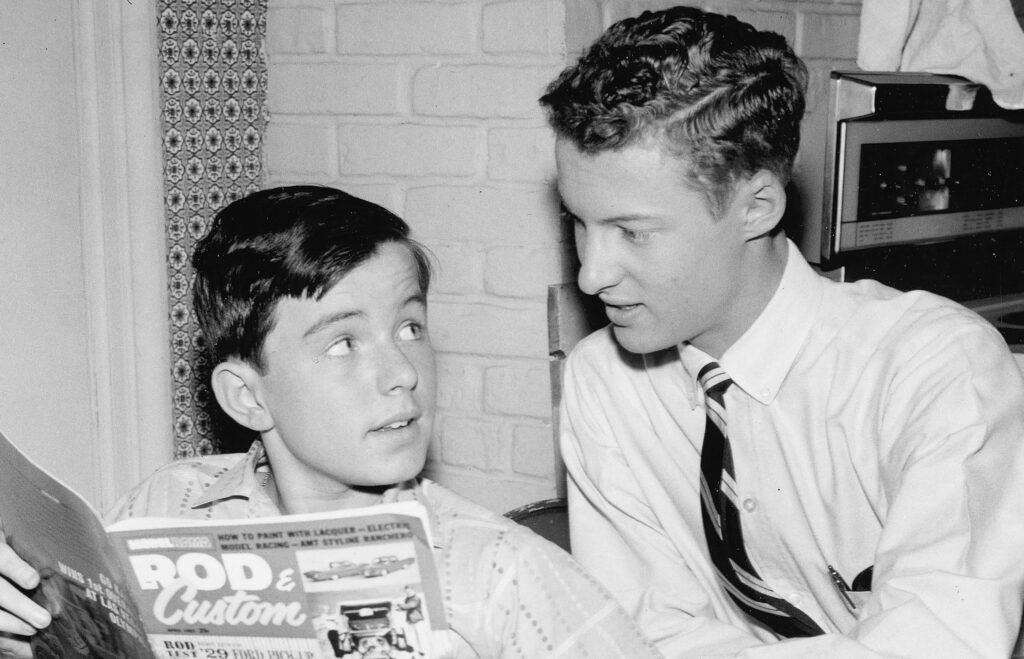 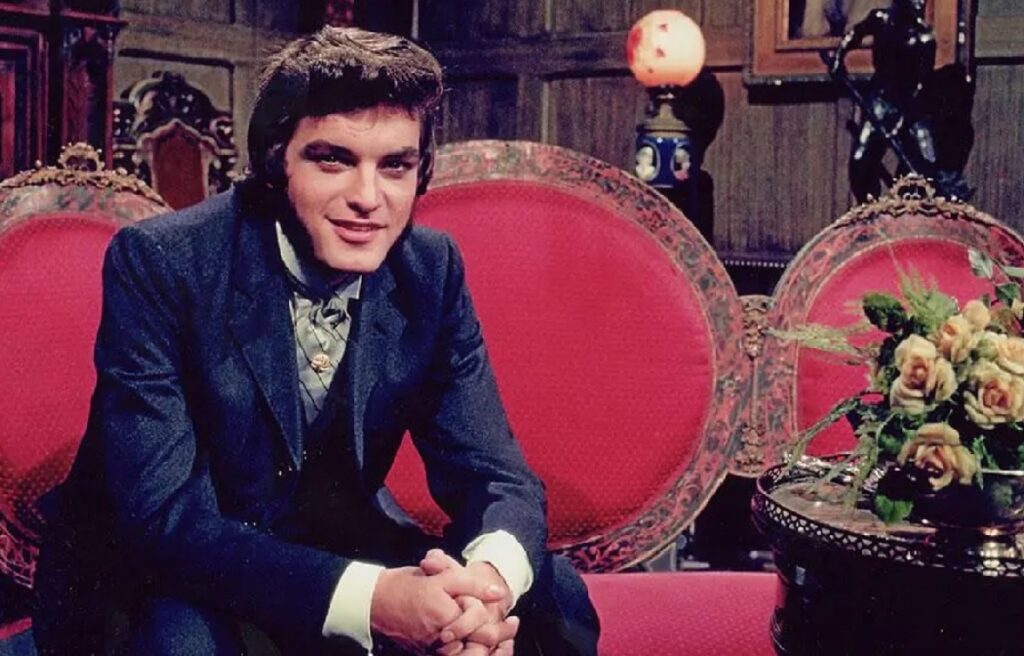