On a cold night I sit down for a reread of an early draft I received of Kim Blackwell’s new play Daughter.  Making its public debut on Thursday September 24th as part of the Open Spaces Theatre Festival in downtown Peterborough, this is the third time I’ve read this beautifully written, but emotionally devastating script.  I’ll admit that there is something about the play which I find intimidating, which brings up memories long buried within me, raising to the surface some of the darker experiences in my own family history I’ve tried to bury in a shallow grave.  But within its well constructed narrative and complex and compelling characters, Daughter is a show that not only haunts me, but evokes powerful emotions.  A play about family estrangement, Daughter is directed by Lindy FInlan and stars Dani Breau and Peyton LeBarr in a powerful production that strikes raw nerves but is filled with a bitter truth about the family battles in which there are no winner.

Daughter is the painful story of Bree (Dani Breau) and her daughter Katie (Peyton LeBarr), a mother and daughter who have been estranged from each other for more than a decade.  Via lengthy dramatic monologues, the pair reveals their story of estrangement, showing the two sides of the same story which has created a lifetime of lost opportunities and a broken relationship with no simple conclusion.  Within their individual stories, mistakes and misunderstandings boil to the surface, and a full picture of the situation, which the players are unable to see themselves, is revealed to the audience.  Daughter is a study in broken relationships through two very relatable and human characters.

Although Kim Blackwell is regarded one of the most important players within the Kawarthas theatre community as managing artistic director of 4th Line Theatre, Daughter is surprisingly her first completed play as a solo playwright.

“So much happened in April with the long days and nights of being in the house, and the idea for this piece just came to me,” tells Kim.  “I’ve been interested and affected by family estrangement and I’ve been interested in doing a piece on that topic for a long time.   After I had written the first draft, I reached out through social media to see if anybody would be interested in sharing their stories of estrangement and several people did.”

“As a first time playwright I wasn’t sure I could write complex characters or situations, or if I had anything to say,” Kim continues.  “But when we did the first workshop of it in July, it evoked a lot of discussion, and it continues too.  This topic affects people so deeply, and affects most people I know.  Most people have dealt with family estrangement.  Lots of people have this pain in their lives.”

“We can all relate to being pushed out of someone’s life completely if someone chooses to push you away,” says director Lindy FInlan.  “In Daughter, there is abuse from the same source, and both women have been affected differently by it.  The one woman who has been pushed out of the family after making the choice to leave is suddenly powerless in her situation, which is profound and sad.  This show brings up so much.  There are so many layers in it.  The web of family is complex, and this show deals with that.”

Peyton LeBarr makes her debut working with 4th Line Theatre as Katie, a young woman who is left with bitter memories of a mother who abandoned her and her sister.

“Kim and I had never worked together, but when she gave me the script, I had to arrive and say ‘I should disclose that I do have a personal experience with family estrangement,’” Peyton reveals.  “I do have an experience with a mother/daughter estrangement.  It’s not currently estranged but it has been in the past.  I think my take away from that lived experience is that things are never black and white and the real pain comes from two people trying but not being able to communicate well.”

“That’s why I like this story because you see two people that have two very different versions of reality, and there is truth in both stories. There is no one lying.  There is no malicious intent on either side.  It’s just that their experiences from the same exact events have been so different and they don’t understand how different it has been from one another.”

“Katie is someone who had to grow up a lot faster than she should have,” Peyton says of her character.  “She became a Mom to her younger sister as soon as her mother was no longer under the same roof.  Since she was a preteen she has been functioning as an adult, and I think she missed out on her childhood.  I think, as an adult, that has stunted some of her own personal growth.”

“I really like Bree.  I think she’s a really good person, but had some bad luck due to her choices.” Dani Breau says of her character.  “She’s relatable.  As a mother I can emphasize for her.  It’s every mother’s worst fear to not be able to talk with your children. She suffered some trauma and didn’t have the tools to deal with it properly, so she made some bad choices.  She got herself out of an abusive situation and then thought she’s get herself settled and she’d go get her kids, but one thing led to another and it didn’t work out that way.”

“My kids have all moved far away, and it brings out that panic,” Dani continues.  “Bree has a panic where she has to hold on to what she can.  She talks about her kids when they were this age or that age and right up until the time it was over.  She only has those few years, and she feels completely robbed.  She feels that her and her daughters have been robbed of the years of being estranged.  But she couldn’t get her act together in time.”

The strength of Daughter is that the character’s narratives, which weave in and out of each other, are so strong that the audience will be able see both sides of the story.  Bree and Katie are two women who have made mistakes, who have been cruel, have dealt with forms of abuse and have caused trauma to each other, but in the long run, have suffered from losing a relationship which one another.

“The ultimate goal of the show is not to have audience members walk away having chosen a “team” – either being ‘Team Mom’ or ‘Team Daughter’,”  Peyton adds,  “The ultimate goal is to share the painful and shameful complexities of estrangement.  At the heart of it Katie and Bree are two grown women who have both been hurt and are longing for connection.  They just don’t have a light to find that pathway.”

Although Daughter was workshopped at 4th Line Theatre during the summer, it has unexpected to all involved that the show would make its debut in 2020.  However, the Open Spaces Theatre Festival, developed by the festival’s coordinator Christina Adams, has become the perfect showcase to allow this complex drama come to life.

“I hadn’t really thought about Daughter when Christina and I first met about the Open Spaces Theatre Festival,” Kim says, “But then I thought ‘Wait a second.  We’re going to be doing a call for submissions and I happen to have a play I just wrote.’  So I then asked Lindy if she’d be interested in directing it.”

“A lot of things around this piece has felt like magic,” says Lindy.  “From the actors involved, to the workshops, and the themes and how they affect people.  It’s the perfect opportunity to put it on right away.”

A compelling and complex drama, Daughter is a chance to see hard hitting drama from 4th Line Theatre for the first time this year.  Daughter will have six performances between September 24th and 27th in the parking lot behind The Theatre on King (191 King Street).  Show times are:

Tickets are $17 and are available on-line at https://secure1.tixhub.com/4thlinetheatre/online/index.asp or calling the 4th Line Theatre box office at (705) 932-4445. 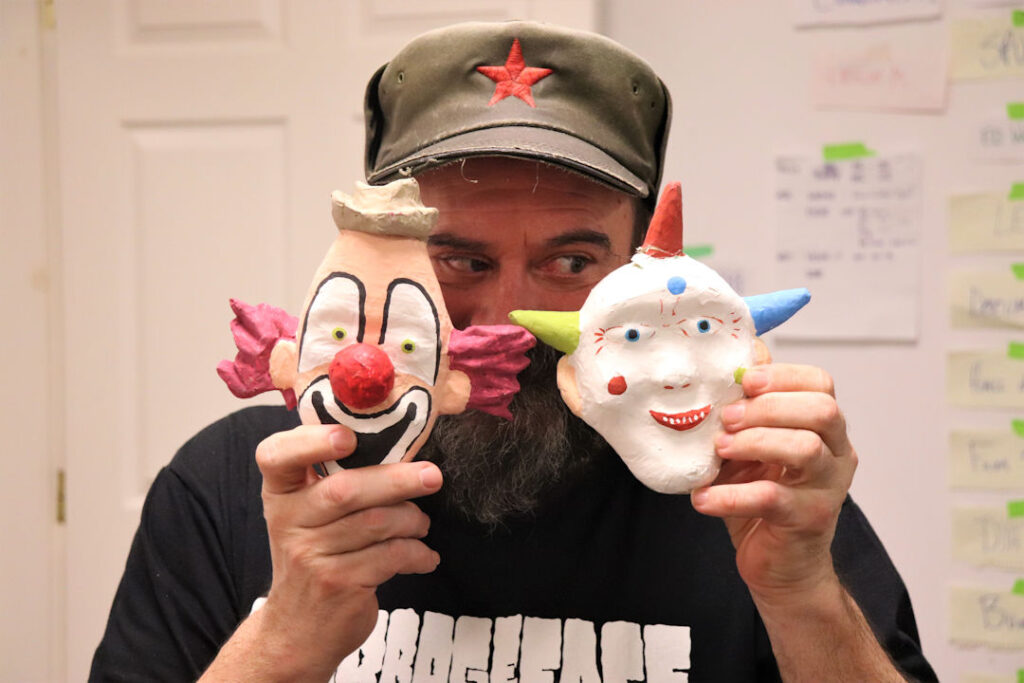 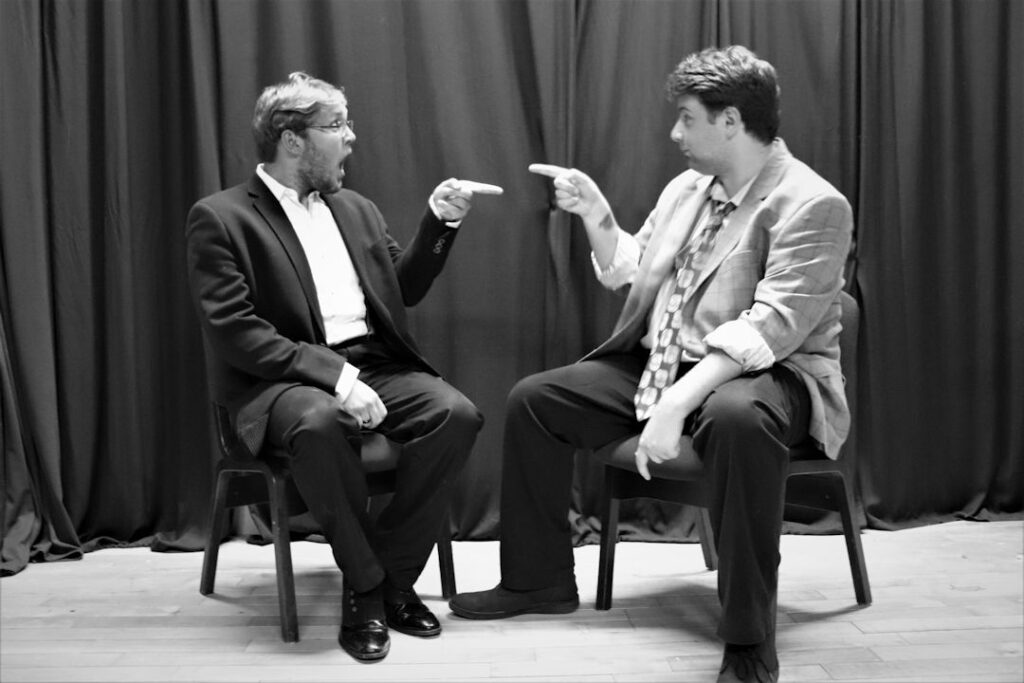