On Thursday September 23rd Cordwainer Productions makes its long awaited return to Peterborough with the world premiere of The 13th Sign Walks Into a Bar.  Written and directed by Alessandra Ferreri, with music and lyrics by Kevin Lemieux and Caitlin Currie, The 13th Sign Walks Into a Bar is one of the shows in the Open Spaces Theatre Festival, put on in conjunction with 4th Line Theatre, to introduce live theatre back into to Peterborough for the first time since the COVID-19 pandemic.

Running for six performances between September 23rd and 27th in, in the parking lot behind The Theatre on King (171 King St), The 13th Sign Walks Into a Bar is a mini-musical romantic comedy revolving around astrology and the zodiac.

“I always wanted to write an astrology musical,” says Alessandra Ferreri.  “I love astrology. It’s very much in the zeitgeist right now, especially during COVID where interest has spiked as kind of an escape and a spiritual thing.  I wanted to play around with that in a playful and feel good kind of way.”

In The 13th Sign Enters a Bar, Ryan Hancock plays Ophiuchus, the human personification of the mysterious thirteenth sign of the zodiac.  Hoping to get a spot on a popular open stage, the barista working at the bar, played by Toronto based actress Tanya Filipopoulos, tells Ophiuchus that there isn’t room for him on the set list, which prompts a playful intimate exchange where the two characters are heard for the first time.

“In astrology there are twelve zodiac signs, where we get our horoscopes from.” Alessandra explains. “But every couple of years there is a new cycle where people start talking about the mysterious thirteenth astrology sign, called Ophiuchus, which is a constellation that exists, but it’s not part of traditional astrology.  Every now and then people like to pretend that it is and then the whole astrology community goes up in arms about it.  I love that and I wanted to ask ‘What if the thirteenth zodiac sign was a person, and who would he be?  What would they want?’”

“The thing about astrology that I really wanted to play with is that it is based on tropes,” Alessandra continues. “Rom-coms, as well, are based on these very structured tropes.  So falling in that framework, I wanted to play with it a little bit because the two characters sit outside of the zodiac.  Ophiuchus is not one of the twelve zodiac signs.  We don’t know anything about him.  I wrote the female character as the astrologer who is kind of a stand in for every one of us who loves astrology, and doesn’t know their place so is observing from the outside.  The astrologer is a barista, and in a position where she’s a people watcher.  Both of the characters are in the sidelines of their own stories, but they have that little moment when they meet and they get to express and explain themselves because they never had that chance before.”

For music and lyrics, Alessandra called on Kevin and Caitlin, who are not only talent song writers, but favorites in the local theatre community.

“Right off the bat it seemed like such a well fleshed out idea,” Kevin says.  “I’ve written duets before, but usually it’d be for my bandmate Ryan Hancock.  So it was very interesting writing for a female voice.  It’s not something I’m used to.”

“I was lucky enough to come into it when much of it had already been created.  Kevin had already written some really wonderful songs,” Caitlin adds.  “I’m not used to writing from some else’s perspective, so I enjoyed trying to write for someone like Ophiuchus. It feels like I can write from the characters perspectives.  Alessandra did a great job in her book, and the characters presented themselves to us really well already.   It was interesting to write in a male perspective.”

Although Alessandra was playing around with the plot of The 13th Sign Walks Into a Bar prior to the COVUD pandemic, the time in isolation gave her the chance to finally make this show a reality.

“I was talking about this idea with Kevin way pre-COVID,” Alessandra tells.  “But when we went into quarantine I realized this was the time to just sit down and do it.  There was no festival, there wasn’t anything.  It was just because I was sitting at home with so much time on my hands and I thought I’d do something creative.”

“Then this festival came up, and they were calling for original new work with a small cast under forty five minutes and that’s exactly what we had just created.  I thought this would be a perfect time to throw it at some audience members and see what they think of it.  Instead of holding it tight and preciously, it’s nice to just have it out in the world and see what an audience thinks.  Maybe I can work on the next draft during the next lockdown.”

Alessandra brought The 13th Sign to Dane Shumak, who had led the participants in putting on their white hot production of Spring Awakening last year, which was one of the best theatrical productions in the Kawarthas in 2019.  They also secured Justin Hiscox as the musical director of the production.

“It’s easy to write five hundred pages, and it’s easy to write a million two minute songs, but when you are given the confines that it has to fit into forty five minutes it creates such an amazing creative exercise,” Dane states.  “Watching Alessandra, Caitlin and Kevin refine all of these products they’ve been working on has been really cool given the nature of the festival and what it’s trying to accomplish.”

The 13th Sign Walks Into a Bar is a surprise production for Cordwainer Productions, and a gift to the Peterborough theatre community.  Not knowing that there would be an opportunities to do theatre at all in 2020, the Open Spaces Festival has given this show the opportunity to be staged long before anybody had originally intended.

“I figured I had lots of time to write this show;” Alessandra admits.  “The festival sort of lit a fire under me.  I wondered if we should do it and take this risk.  But I haven’t really felt that motivation for a long time.  I figured if I didn’t do it than what’s the point?”

“I just have blind faith in what everyone tells me.” Kevin adds.  “If this is the thing we’re going to do than let’s do it.”
However, the success of past Cordwainer Productions is that the people involved have all been working together as long as I’ve been writing articles on the theatre.  These are among my favorite performers in the Kawarthas and I have loved watching them perform together year after year.  They are a a tight knit group which have continuously created some of the most exciting musical theater in the Kawarthas.

“Right off the top there is a base comfort level,” Caitlin says.  “In all the time I’ve known Dane, whatever creative ideas I have; I know it’s a safe space for me to throw them out.  It’s nice to have that level of comfort because there is no concern if someone won’t like it.  These are a group of such supportive honest constructive people so there is that immediate comfort level.”

“For me as a producer, the budget is coming out of a company that is self-funded, but there is no group of people than these core individuals that I’d be more comfortable putting that money behind knowing how successful their going to be,” says Dane.  “I have complete confidence in them.  We did the table read five days ago, and the rehearsals have started and this show is going to be performed in less than two weeks.  We are putting all the pieces on the fly, and I think under most circumstances this would be horrifying.  But with these people specifically involved I know that it’s going to be another one of those things that’s going to be awesome.”

The 13th Sign Walks Into a Bar is a chance to get that musical theatre fix that the community has been painfully missing.  Running five performances over four days, this may be the last chance to see musical theater until 2021. 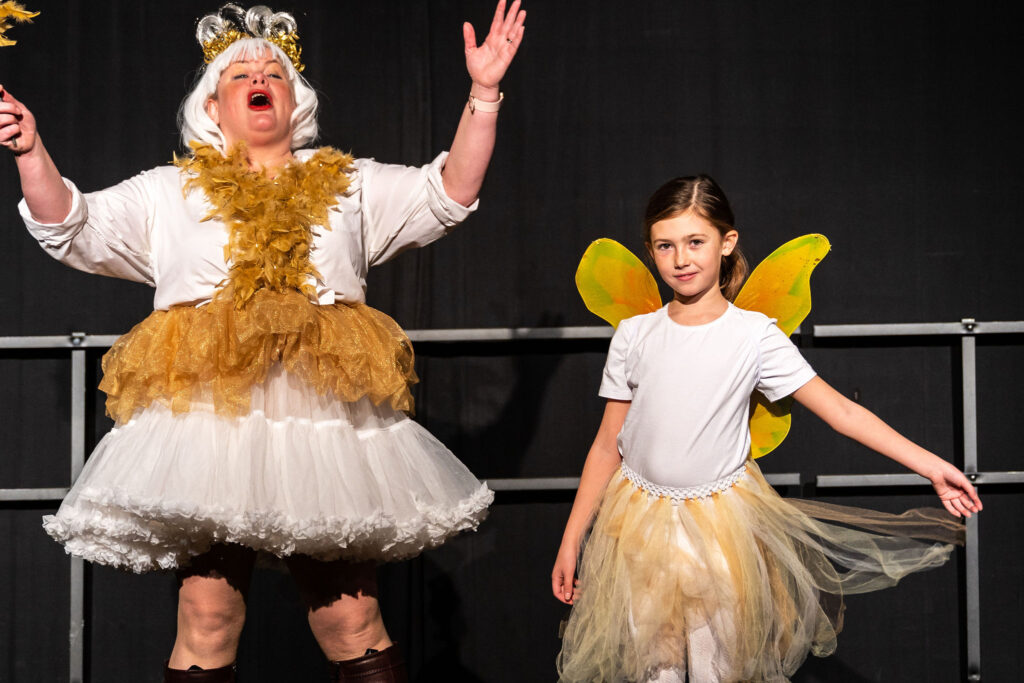 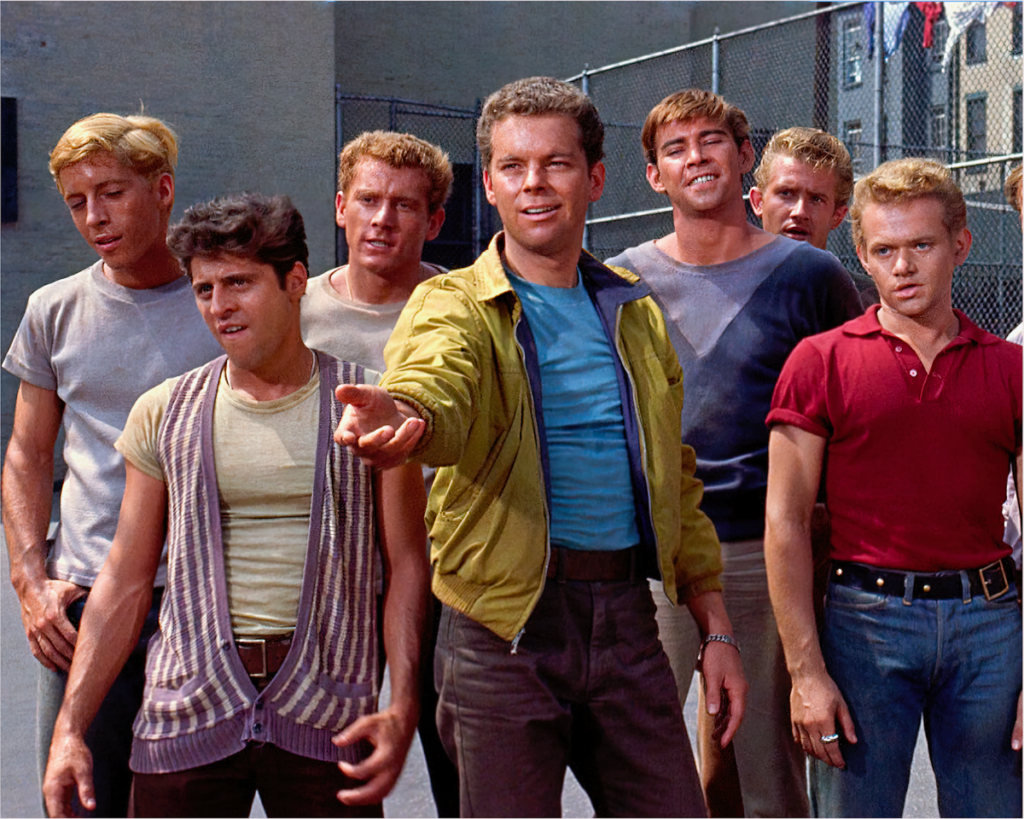