Much has been written about the effect that the COVID-19 pandemic has had on the music industry.  For some groups, not being able to come together to jam or play live gigs has been crippling.  For others, the isolation has given musicians the time to create new music and start new projects.  But for Ontario-based rock band North Hope, it has given them the chance to finally release their long awaited debut album, Exit Strategies.  How long are we talking about?  Considering that initial recording of the album began in the summer of 2017, Exit Strategies is over three years in the making.  A refreshing upbeat and high energy rock n’ roll album, Exit Strategies is a throwback to everything that was good about alternative rock from the 90’s but with a modern sensibility and mature sound.

North Hope is fronted by Cobourg based musician and songwriter Ian Jack, along with bassist and creative collaborator Geoff Bemrose, percussionist Dan Stokes, with additional vocals by Cara Jack.  Alongside superstar producer Kevin Komoda, the group has been creating music together in one form or another for the better part of two decades, most notably in 2002 when they released an album, Plain Clothed Heroes, under the name Headpets.

Nearly twenty years since Headpets, and three years since its initial conception, Exit Strategies has become a passion project for the group.  Releasing at the tail end of the second Ontario lockdown, the album continues to defy the odds.  “It’s really just a gamble in our case, because we started working on this three years ago and at this point it’s more about just finishing it,” Ian Jack tells me during a zoom meeting with Geoff Bemrose and me.  “I think what we want is just to get the album out there and, more than anything, something positive out of this 2020. “

“There is nothing right now that musicians can do but make music and release music, and if they have the people to follow them, they can do the livestream thing,” Ian continues. “We are not at that stage, but we’ve been making music, off and on, for twenty years together.  We’ve also been lucky to have a cheerleader in Montreal in Kevin, who runs his own boutique label and who has done our recordings over the years.  He has been instrumental to us doing anything musically.”

Exit Strategies began in the summer of 2017 when Ian and Geoff traveled to Montreal during a long weekend to lay down the bed tracks with Kevin Komoda.  Little did they know that they would be recording during the end of an era of Montreal’s vibrant music scene, making Exit Strategies, in a way, as a lost gem of a certain time in Canadian music.  “We worked on the bed tracks in Montreal at Kevin’s studio.  It was basically his rehearsal studio which he called Plunt Planet.  Unfortunately, it’s no longer.  Like everything else in Montreal, it’s been sold off for condos or land development.  There’s not a lot of room for independent musicians at the moment.  But we were lucky.  We did all the bed tracks over a long weekend and then came back and slowly did all the overdubs in my basement in Port Hope.”

Armed with  thirteen solid tracks, as so often happens, life got in the way, complicating the project and slowing its release down by years.  “The album was going to ideally be finished in 2018 but a number of personal things came up,” Ian explains.   “One was that Kevin was not available to mix it.  He had things in his own life.  Geoff had a number of shows going on, and we all have kids.  We moved towns and life got in the way.  So, we thought it’d come out in 2019 but then new things happened.  But then we had COVID.  So, I guess with COVID happening, we were able to finally focus and get it finished.  Over the spring and the summer, Kevin and I bounced mixes back and forth, and I’d send them to Geoff, and we had it finished by early fall.  I think we were all optimistic that live music would be happening by now, but obviously that hasn’t happened yet.  But we’re happy to finally be able to release the album.”

Although the full version of Exit Strategies was released as a single album on February 12th, the album has been bouncing around the internet in different versions for a while in the forms of EP’s and single tracks.  “We’ve released it slowly in stages,” Ian tells.  “We released a single, and then half of the album out as an ep, and then the other half of the album.  But we are compiling the whole thing together as an album which we call Exit Strategies.”

While the title, Exit Strategies, seems to refer to the concept of escape. It is also a timely term for the feeling of isolation and entrapment which society has been feeling during the pandemic.  But, as Ian reveals, the title has many layers to its meaning, and has been the title of the project since its beginning long before COVID-19.  “A lot of people would be right in thinking that it’s something that would reflect the time we are in now, be it political or with what we are going on through with the virus, but it’s actually the working title since the beginning,” he states.  “It actually means a lot to me and means a number of things.”

“An Exit Strategy is something that gets you out of a situation you are currently in, or moves you forward,” he continues.  “I don’t like to think of it in the negative way, but you can also have exit strategies that work positively as well.  It’s not a concept record, but there is a through line through every song which has to do with moving forward, whether it’s about a mind frame you’re in, like in the song Naïve and Right, which is a song about looking back and you didn’t know it all and how things aren’t all black and white.  Other songs are about phases that you’re in  and political periods that we are in.  How do we get through societal points in our countries or in our communities where we can hopefully move forward and make something better.”

A refreshing return of alternative rock, North Hope has released their album during an era where rock music has been pushed out of the mainstream and replaced by often insipid autotuned pop.  The result is something both joyful to listen to, and while distinctly modern, has a nostalgic feeling of the not-so-distant past.

“If you want to make big money in music anymore, the mainstream is all pop,” Geoff points out.  “But I love the rock element.  I’ve always been a rock and roll guy, which is why I love playing in this band.  It is refreshing to do something that is a little more rock based.  You listen to the radio now music like this is rare.”

“This is the music that we like hearing,” Ian adds.  “The pop audience aren’t going to ever listen to the people who are approaching middle age and referencing The Buzzcocks and REM.  That’s never going to jive.  But my hope is that there are people who will like our music and who will enjoy that.”

“The reality is that you are truer to yourself if you make the kind of music that you want to hear,” Ian continues.  “I always laugh when I hear artists who say, ‘I never listen to my own recordings.’ I mean, really?  Why did you make it then?  Hopefully you made it so you could listen back.  You have to perform those songs over and over again, so in a way you kind of are listening to your recording.  I got a piece of advice from Chris Murphy, who is from the band Sloan, who told me “You learn that you better really love your songs that you do because you are going to be playing them for a while.”  Now I’m not saying we’re like Sloan, but I’ve had to sit with these songs for three years.  At a certain point if I didn’t like this music, then I don’t even know why we’d bother finishing the album.  But after three years everybody says that they still like what we’re doing, and I think that’s part of this album’s success.”

North Hope’s Exit Strategies is being sold at Bluestreak Records in Peterborough and Zap Records in Cobourg and is also available via Spotify, Apple Music and BandCamp. 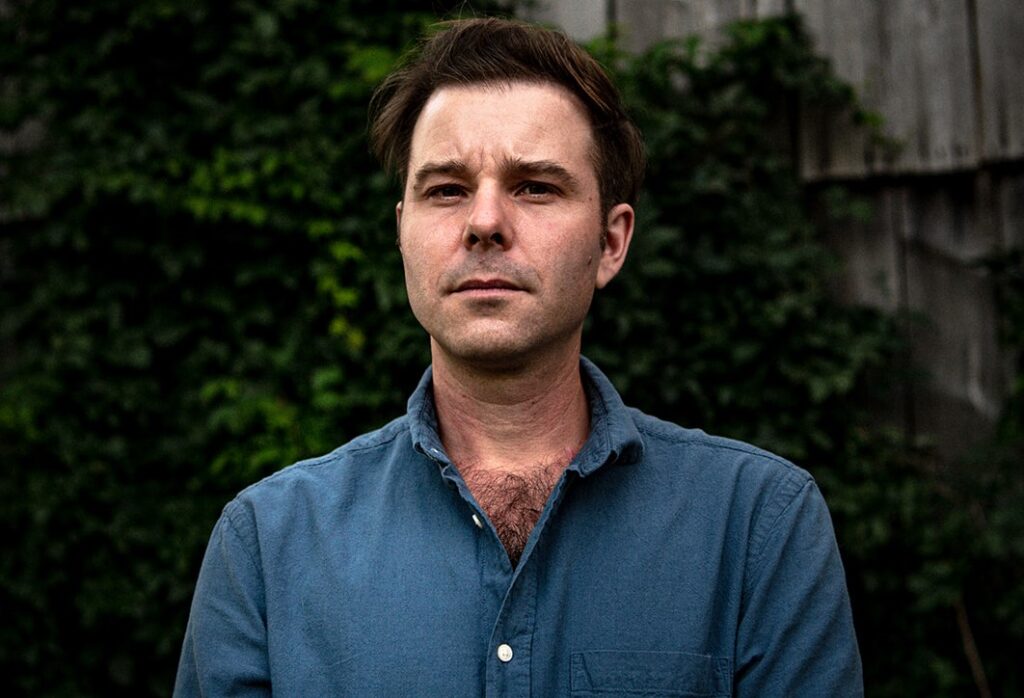 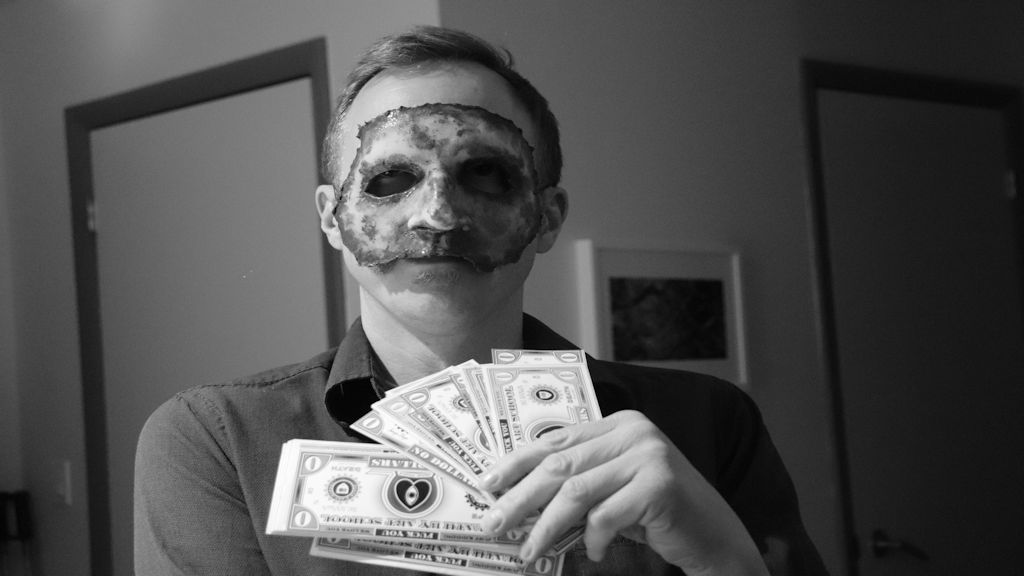 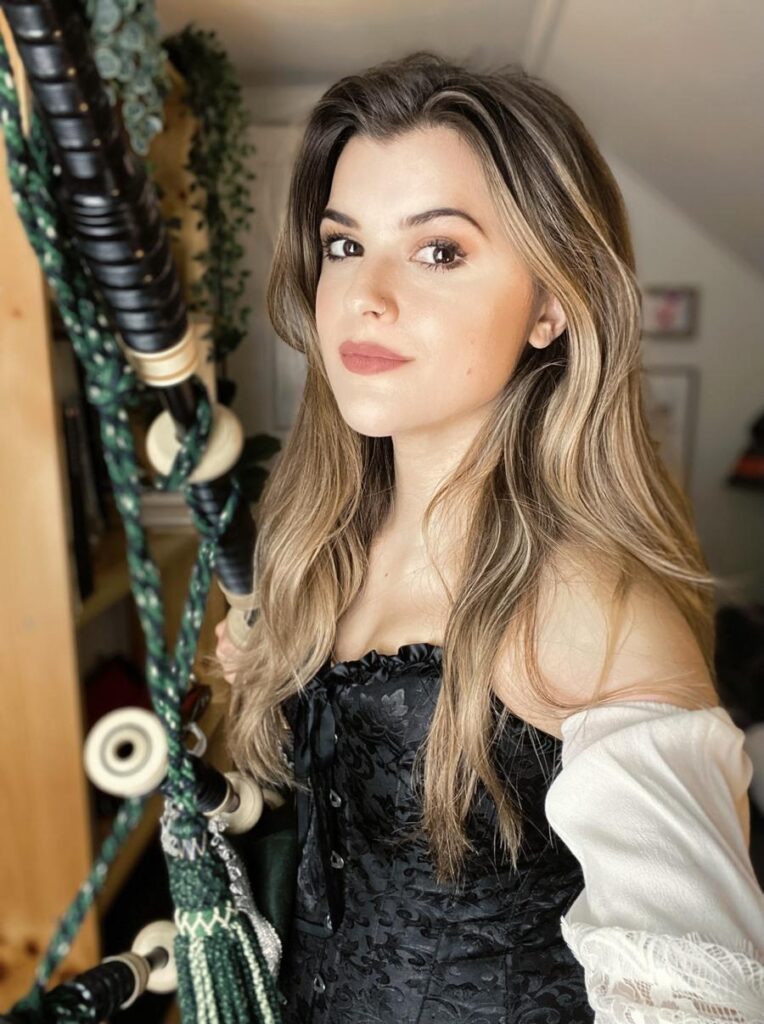