“Things were getting weird before the pandemic, and then you chuck in a pandemic.,” Lindsay Barr tells me, half humorously but half exasperated.

It’d been over a year since I last saw Lindsay, during the filming of the music video for her single I Don’t Dance.  Filmed in an auditorium located in a church basement, it was a big affair with music, dancing, balloons, streamers and a crowd of beautiful people.  But today the mood has shifted to a cold autumn day, where the hint of an early winter freezes the fingers and fills cold air in your chest.  Lindsay asked to meet at Little Lake Cemetery, a short walk outside of downtown Peterborough.  Arriving just before dusk, the cemetery is empty except for a sighting of a fox, the noise of a flocks of geese flying overhead, and the ghosts that fill the beautiful peaceful park.

“This place is special to me because my husband Denis and I come walking here a lot,” Lindsay says.  I understand her sentiment as Little Lake Cemetery has been a favorite space of mine to collect my thoughts since I was young.

“But before that, this is the only place anywhere where there is a plaque with my brother’s name on it,” Lindsay continues. “My brother died almost eighteen years ago. He drowned, and we never found his body. Geoffrey was a bit of a vagabond. He was here, there and everywhere, and he did stay in Peterborough with us for a stint. He died in British Columbia, and we had no body or no head stone and, ironically, my Dad’s side of the family are tomb stone engravers. But we didn’t have anywhere to lay his body or represent with a headstone so we got a plaque and put it at the entrance way. Its weird how just to have his name in the world like that is really special. So this is really the only place I have to kind of connect with, like anything, like anywhere. This is a real tactile. This place gives me a little solitude, where I come walking and thinking.”

Best known in Peterborough for her brand of ass kicking rock ’n roll/blues music, Lindsay is one of the most dynamic performers that calls Peterborough home.  With a high energy that is only eclipsed by her big personality, Lindsay is a powerful force on stage making her a local favorite.  But this time I’m experiencing another side of Lindsay I’ve never seen before – more thoughtful and somber, but still containing the raw honesty you’d expect from her.  Like all of us, the COVID-19 pandemic has changed things for Lindsay, but due to her new second career as a nurse, she’s been exposed to an intensified version of isolation.

“The arts have always been in trouble,” Lindsay states.  “When I was a full-time musician I was always struggling. But now it’s been taken from us, so you can’t even have fun while you’re struggling. You can’t even struggle to struggle anymore. I feel everything is hyper compounded because you can’t practice. I haven’t seen my bandmates at all during this time. Virtually, maybe. It’s dire.”

“I feel, probably, similar to a lot of people right now,” Lindsay says, referring to the social changes the world has gone through due to the COVID pandemic.  “I feel cooped up. I feel confined. I sometimes feel that there is not a lot of hope. I wonder why am I creating. What am I doing?”

“I’m really discovering how small my life is. A lot of my life evolved, and revolved, around music and the occurrences around music,” Lindsay continues. “And now I notice that a lot of my relations are based around acquaintances in the arts, which I love, but now I’m feeling that life is smaller than I really originally thought. It really makes you do a personal inventory of what is important to you and who is important to you, and how that looks in your life. So a lot of self-reflection has been going on.”

“I realize that there are two parts of me. There is the performer, and that world. But then also trying to figure out who I am without that. The performer gives me self-confidence, identity and all that shit. But you take that away I begin to wonder who am I? I’m a girl with a lop-sided ponytail and yoga pants, and perpetually just staying in my home. My identity has been hit.”

Yet, despite these feelings of isolation and loneliness, Lindsay is ready to get back out in front with a brand new single, dropping at the end of November, Titled Shadow, the song is a moody yet soulful piece of music with a back beat that induces goosebumps, while still sounding distinctly like a classic Lindsay Barr composition.

“Shadow is about my husband Denis,” Lindsay tells.  “I felt that a lot of times when I think of shadows, I think of my own shadow. Denis is kind of an outwardly serious person but he’s quite funny. Well we were walking and his shadow was cascaded on the cement. And I said ‘I love your shadows. I love you, but I love your shadow. I love every extension of you.’ Well I was doing a lot of finger picking at the time and this song came out of that. I wrote ‘I love your shadow when you walk.’ I wanted this kind of heavy back beat visceral feel to the song. I say all these things to my long-time producer Adam Newcome and we get to work like mad scientists and we make it happen.”

Shadow will be accompanied with a video created by acclaimed Peterborough videographer Rob Viscardis.  “Rob and I work well together,” Lindsay says, who last worked with Rob on the I Don’t Dance video.   “If I have an idea he believes in me. When I have a vision he says, okay, we can do this. We did a real simplistic video and relied heavily on lighting and shadows and movement.”

Although I see a surprising new edge in Lindsay during our visit, she still has the same sense of spontaneity and fun I expect from her.  Albeit it a bit more serious, she still comes out with the zingers.  While she repeats what I keep hearing from many people working in the arts, Lindsay says it much more eloquently.  But in many ways, her job In the medical field has put her in a position where she didn’t get the same break from social distancing many of us experienced this summer, giving her a different experience than many of us.

“I have this thought process of reinventing or rebranding,” she says.  “Or taking what I have and revaluating because a lot of my life I was totally geared towards music and this sort of lifestyle. Although I was involved in it a lot, perhaps I didn’t live up to my envisionment. Becoming a nurse changed me a lot.  I see the impact on people’s behaviors. People are hyper paranoid. I work for VON so I travel to homes and facilities and schools and people’s residential homes, shelters. Sometimes I’m the only person people literally see. They maybe see someone who delivers groceries.”

So is there a sense of relief from the heavy shadows that falls upon us?  Lindsay doesn’t have the answer.  Nobody does.  But with a new song and a new video, Lindsay keeps creating, and her current experience gives her a unique outlook that offers fodder for more work to come.  “It’s been a real shock,” she states.  “People are lonely. People are sad. And I feel that our culture is one that we talk a lot. We say that we are all in this together, and all this nonsense, but there are very lonely people. I have a full life in a lot of ways, but I feel lonely. When you take away that social life, what are you left with?  I’m about ready to start writing some songs again. I have some stuff to write about now” 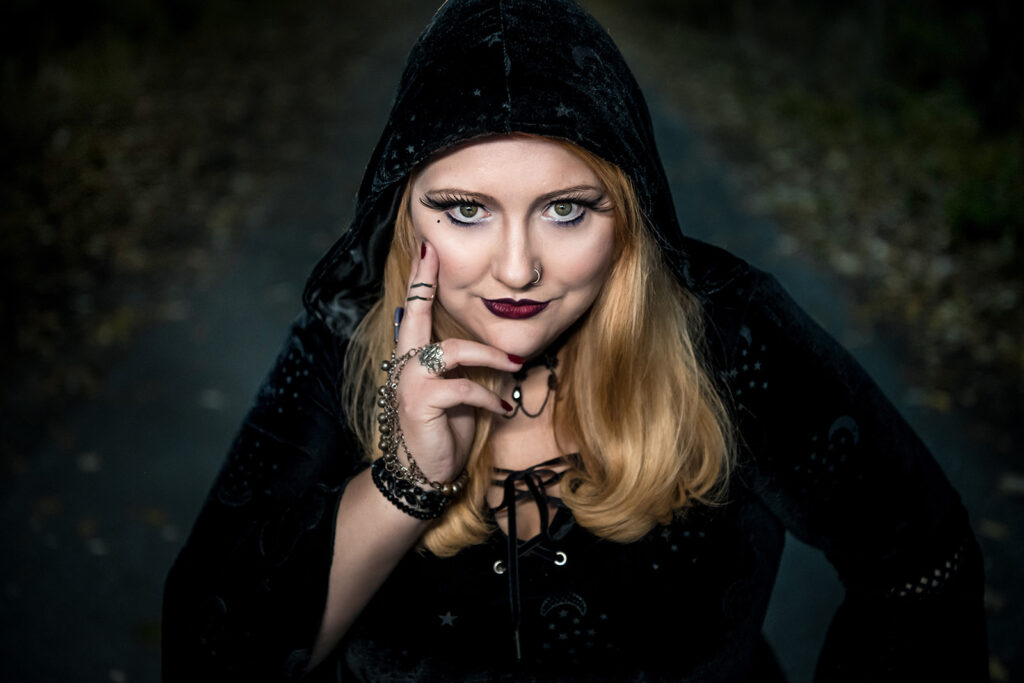 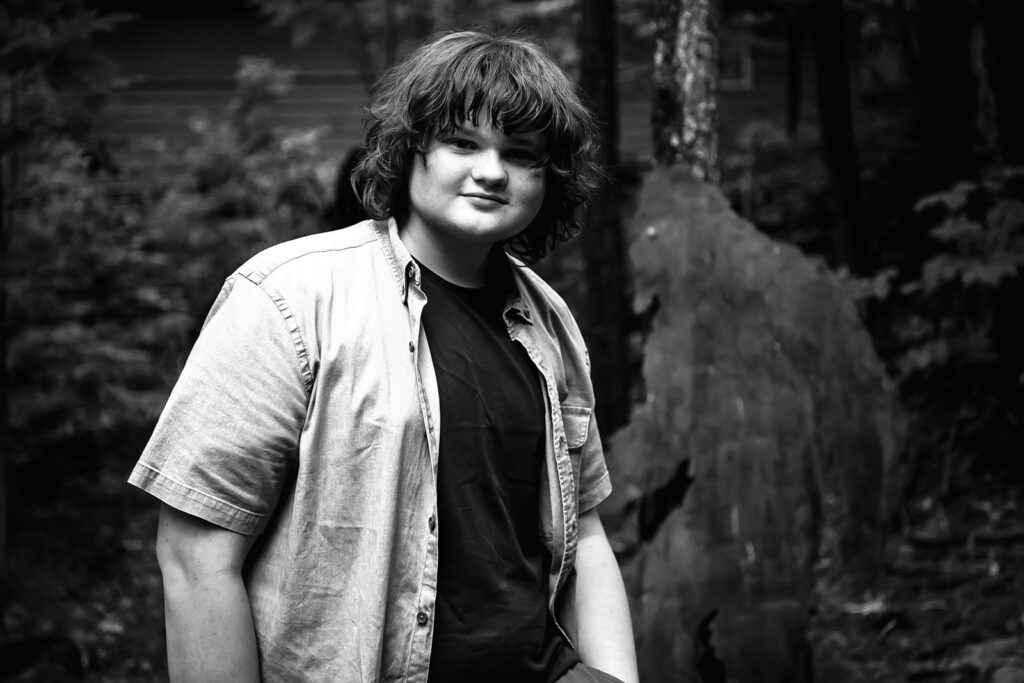 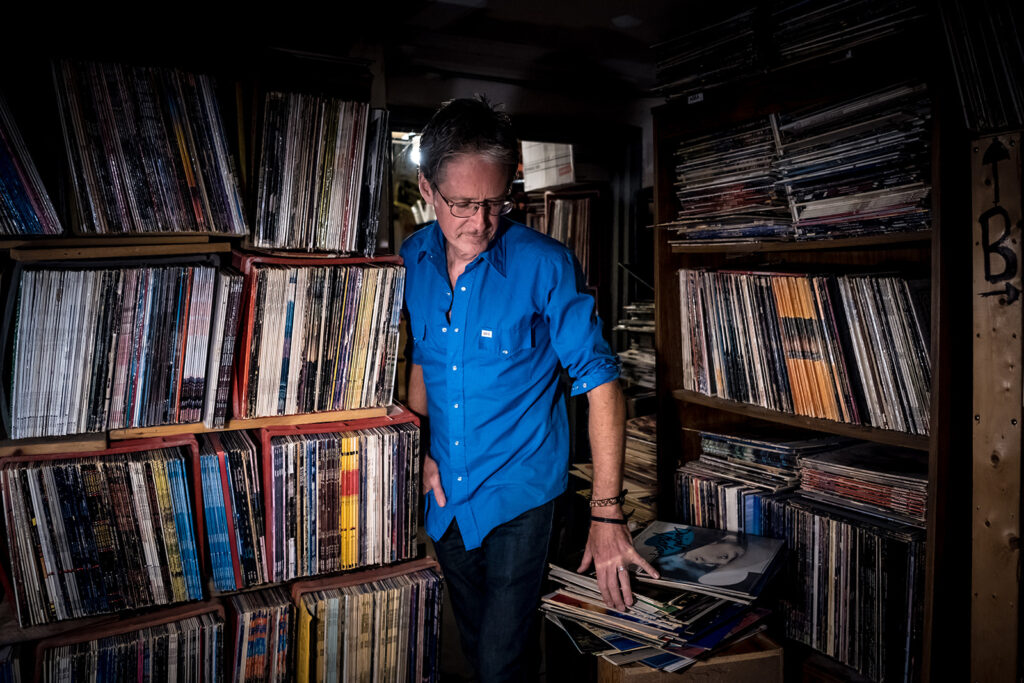