On a wet and dark Thursday night I find myself in the warmth of the St. James Church sanctuary surrounded by familiar voices and the comfort of music and laughter.  At the piano, choir leader Brian MacDonald leads his group of nine performers, placed strategically socially distanced in a circle, through a number from the Broadway musical Godspell.  But while the people and the building may be familiar, the space is something very new.  For years I’ve heard rumors that St. James Church had been planning to renovate its century old sanctuary into a modern performance space.  Although I could never envision how this would be possible, or what it would even look like, the rumors are true and the renovations have been made.  Now, as part of a fundraiser for St. James Church, the choir made up of members of the St. James Players will be performing in a virtual concert on Saturday October 17th which will reveal the new performance space to the public for the very first time.

“The idea of the renovations came from the church board executive in regards to where we are going to be in the future,” says St. James Players board president Fred Batley during a break in the rehearsal.  “We were wondering how we can make the church more viable for the congregation and the community.  How can we make the sanctuary more of a community based space?”

I have a special place in my heart for the St. James Church sanctuary.  It was the church that my parents brought me to when I was growing up, and the details of the beautiful stained glass windows and, for some strange reason, the ancient light fixtures and spinning ceiling fans are etched into my mind.  But as Fred points out, this is the first time the sanctuary has gotten any sort of face lift since the 1970’s.  In June, when the world started to poke its head out during the pandemic, Davis Custom Millwork Ltd. Entered the sanctuary to begin the renovation, and achieved to maintain the grandeur of the historical elements of the sanctuary while adding a full performance area to the church.  Although nearly complete, in the weeks that follow a blind system which will cover the windows with black drapes for performances and a new modern light and sound system will also be added to the space.  As Fred tells, it has been five years in the making, and a lot of collaboration and some compromise between St. James Church and the St. James Players.

“It was a bit controversial at first because this is a place of worship, and some of the congregation felt that it should never be something else,” Fred admits.  “However, many members of the congregation that opposed to it have turned around, and now it’s a majority that approve of what we’ve done with this space.”

As a way to introduce the new space to the public, Brian MacDonald and his choir have been planning to do a concert for a long while, but due to the constantly changing public health protocols, especially now as we seem to be entering the second wave of the pandemic, a virtual live concert has become the format for the much anticipated event.

During the course of the pandemic the St. James Church choir has gained not only gained local attention beyond the church, but also provincial attention when it was featured on CBC’s morning show Ontario Morning.  By reducing the choir down to five members, Brian, along with members Erik Feldcamp, Natalie Dorsett and Gillian Doiron and other noted guests,  continued to meet weekly to record not only traditional spirituals, but also introduce modern pop songs into the church’s weekly on-line service.  When the recording sessions began to spread beyond the church services via social media, the sound of voices the community loves so much from their work in local musical theatre became a source of comfort during some of the darkest days of the pandemic.

For the concert, Brian has extended his choir to nine members, bringing back the regulars along with the addition of Warren Sweeting, Nate Axcell, Elizabeth Moody, Fred Batley and Jim Mills, and will feature Shelley Moody as the night’s MC.

“When COVID first hit we were all taken by surprise, and that surprise dampened a lot of theater creativity, and being able to connect,” Brian says during a visit after the reversal.  “Creativity and connection go hand in hand.  The extension of summer, and finding new ways to connect, kind of expanded creativity.  Now, even though we seem to be closing down again, music hasn’t contracted.  It still stays as big and it becomes an escape.  People can watch the live steam and still be connected in some way.  We are not going away, and once we can all come back as a community of musicians, we will continue making music again.  We want to hold on to that, and share that.”

“Although we have been singing and recording all summer, we haven’t been performing per se,” adds Natalie Dorsett.  “This is different because we know that an audience will be watching us live.  It’s also a creative process.  It’s deciding on songs, and putting a show together.  It’s something we all lost, and we’ve got it back again.  It’s filling another hole that we lost, and I didn’t realize how much we needed it.”

Although it will cost nothing for the public to watch the concert, there will be a donation button in conjunction with the concert link.  For everyone who donates, their name will go into a draw for gift certificates for a number of local businesses including Lil Miss Perfect Services, Tracey Allison Photography, Sprinkles Bakery, Rileys Pub, White Xpressions and Dorsett Refrigeration

“We’ve been talking about doing this show with the St. James Board of directors since the spring,” Natalie tells.  “We know people want this.  When we’re on stage and connecting with the audience it becomes a big connection bubble.  Doing this, this time, we are thinking of the next time. We know this isn’t going to be a one time thing.  We are investing some money into the new sound system and the lighting and we are all thinking of the new way we can all enjoy those things.  For the next few months this could be the way we are creative, so let’s do this.”

Although original hopes would be that a live audience could come together to watch the show in the new performance space, those involved are doing the best they can with the situation dealt to them.  “With the requirements for performance from the health board for plexi-glass there is still a barrier that blocks us from the audience, so things were clearly not back to normal,” Brian states.  “So this is about thinking differently and using what the ‘new normal’ looks like.  Since we have the technology, let’s see how that comes across so people can feel safe watching at home.  Being a fund raiser, and we have such a great community that wants to give back, to have them feel uncomfortable isn’t what we want to do.  We want them to enjoy the show at home.  It’s maybe not as good as being with us, but it’s the next best thing we can do.”

“I think it’s the best way under the circumstances to get the best out of the performance,” Natalie adds.  “We’re still going to be performing like there were five hundred people right here with us.  There will be five hundred people watching, but they will be at home with their family enjoying their dinner while they watch.  They’re safe, we’re safe and everyone is happy.”

“In the future this time might be known as ‘the great pause’ but with pause comes with reflection,” says Brian.  “Where do we want to be?  What do we want to be doing?  What do we want to create?  I think that is what’s happened with both the St. James Players and the church congregation who has asked the question ‘what can we do together instead of just being separate?’”

And what does St. James Players have going on in the future?  When COVID shut things down in March, St. James Players was transforming their traditional children’s spring show into a full blown musical theatrical experience with their production of Matilda: The Musical.  Although currently on hiatus until further notice, Fred assured me that the show will still be produced.  But while stories of many theatre companies in crisis has been abundant, Fred reveals that St. James Players doesn’t only have a new performance space, but is planning to expand their operations in the future.

“We are looking at doing our spring production in this space for sure,” Fred says, nodding proudly at the new stage. “We don’t know what the future will mean in regards to numbers, and if Showplace will be open, so we are at a point where we can get the lighting and sound to where we need it to be, we could potentially do our fall musical here.  We are also looking at adding a third show as well.  We possibly might do a show in June.  We are going to do some play readings, and we’d like to broaden things out more.  Eventually, what are goal is, to do season memberships and do more shows.”

In the meantime, we still have the music.  Brian and his choir have been a source of comfort and creativity throughout 2020.  During nights where I felt lonely and abandoned, and unsure what tomorrow would look like, the sounds of the music sent to me via Facebook messenger gave me a light and allowed me to remember that no matter how bad it might seem, our society will always create art, and music can never truly be silenced.  Sitting in the pew, overlooking the new sanctuary, again I was moved to deep emotions as Brian led his nine piece choir through songs from musicals as diverse as Godspell, Rent and Hairspray.  Filled with beauty, joy and the passion of creativity, the St. James Choir concert is something that we all need as we navigate through the unknown of the second wave.

You can tune in to the concert on Saturday October 17th at 6:00 pm via livestream links at stjamesunitedchurch.ca, stjamesplayers.com or via St. James Players and St. James Church’s Facebook pages.  Although there is no charge to tune in, if you can please donate via the donation links. 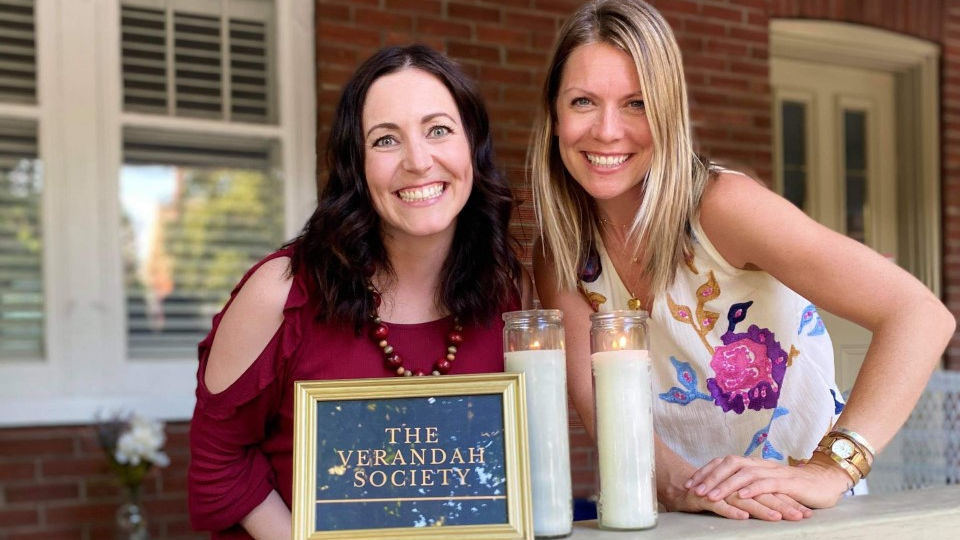 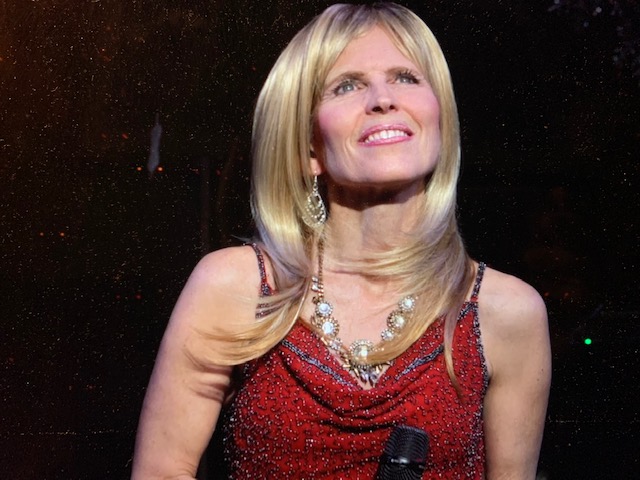 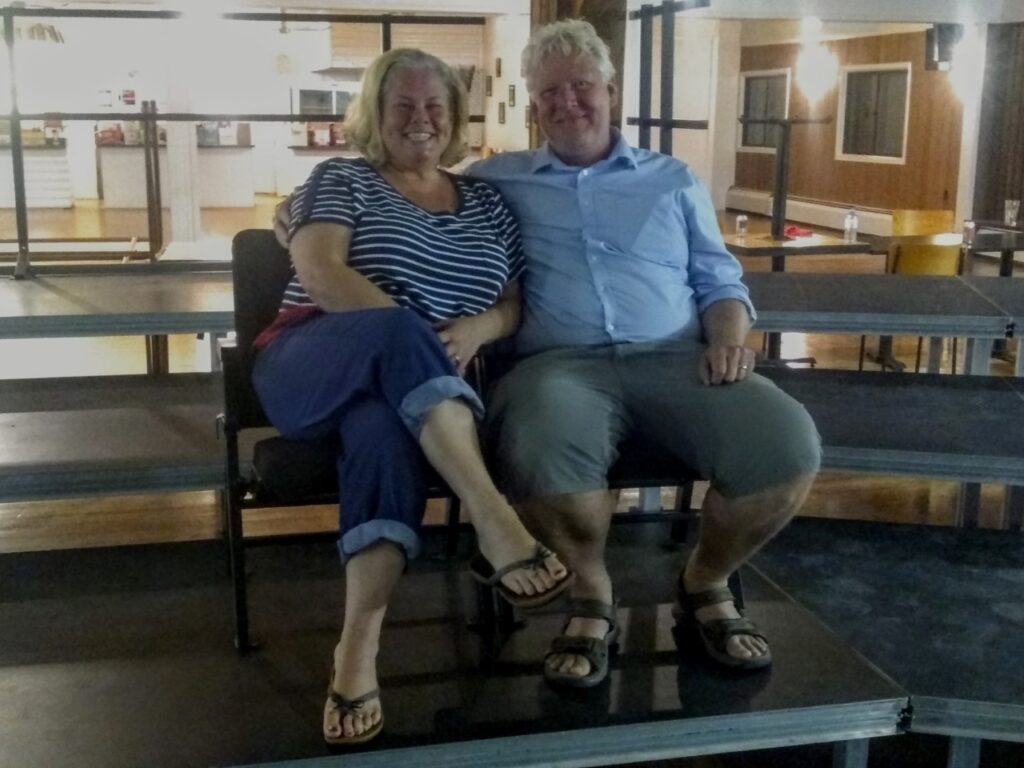