Long before I met Amy Jane Von Purr her reputation had already preceded her.  Someone had mentioned to me a local woman who I had to meet.  She lived Halloween every day and, rumor had it, she was a witch.  Well, upon meeting her I was not disappointed.  Whether it’s witchcraft or not, there is indeed a magical element to Amy Jane.  You can’t help but notice her.  She is easily the brightest personality in any room she is in, and the sense of joy and humor she brings to every situation puts a spell on those around her.  But when it comes to being a witch, Amy Jane manages to be the real deal, while still turning all conventional conceptions of witches, both traditional and modern, on its head. For Amy Jane, witchcraft isn’t an alternative belief system she chose via a film, a book, a fad or a craze.  For her, it’s something that comes deeply embedded in family traditions and rituals that have helped create her own modern sensibilities as Peterborough’s resident witch.

“I grew up in the country, and I was that kid that was mixing stones and berries together with sticks and believing that I was doing some sort of magical work,” Amy Jane tells.  “I spent most of my time outside and playing with the elements.  That’s a big part of witchcraft – watching and appreciating nature for what it does.  Something I always loved about it is that it was something I could see.  I can see the moon changing phases.  I can see us moving through the seasons.  That’s something I can get behind because, despite the fact that I love the supernatural and the paranormal, I’m actually a science minded person.  I like facts and data and numbers.  So watching the season change is something I can get behind.  It’s not an invisible source in the sky that I’m supposed to be believing in without questioning.  It’s something I can see.”

Like many traditional witches, learning the craft is something that is passed down from generations of women.  When delving into her own past, Amy Jane realized that she is just one in a linage of witches on both sides of her family.  “My Mom brought me up reading the tarot for as long as I can remember,” reveals Amy Jane.  “She had this beautiful 1970’s style art work called the Aquarian tarot.  That’s what I grew up using.  So it was something that was always part of me even though I didn’t know what to call it until I got older.  I found out only a few years ago that my great grandmother read tea leaves, and all of her friends would come over for readings.  It was such a basic simple sort of thing that my Mom kind of mentioned it passing.”

“I have seven aunts on my Dad’s side and they are all nature based,” Amy continues.  “They are head witch type women.  My Auntie Sue calls herself a ‘Christian Witch’ and some people think that that can’t go, but I think that within belief systems you can be whatever you want to be.  My younger sister is an artist, and sometimes she puts posts on line calling herself a ‘work witch.’  I definitely think she has leanings that way.  One time my youngest sister mentioned to me that she just wasn’t sure where her magic was.  She was kind of figuring it out.  But every April we like to go visit my Auntie Sue and we do some sort of magical bonding experience.  Last year we did wood burning, and one year we did a barefoot snow walk.  To me it’s a celebration of magic.  I don’t know if my sisters have always thought of it that way, but I know I do.  We had to cancel this year, but my Aunt had bought all the materials for us to build our own brooms.  Once the world is back to ‘normal’ we’ll go and see my Aunt.”

Although witchcraft was something learnt through family tradition, there was something beyond tradition that pushed Amy Jane forward in allowing her life to align with the macabre.  “I was watching some home movies that my mother got transferred to DVD recently and I totally forgot that, as of my ninth birthday, my mother finally agreed to leave the Halloween decorations for my birthday party, which is in early November,” Amy tells.  “That year I had a Casper themed party and I had all my friends wear their Halloween costumes for the party.  Most of them did.  That started a tradition, and from there in my birthday party was a Halloween party.”

“In public school I was a total outcast,” Amy Jane admits.  “I remember when I got my first palmistry book, I want to school with my Polaroid camera and took pictures of everybody’s hands in the school yard and wrote their names on it and brought them home and looked it all in the book so I could read their palms the next day.  It was ridiculous.  We had this little tiny bookstore in Fenlon Falls, and we would scour the bookshelves to see if we could find anything about witchcraft.  We did find this condescending ‘witchcraft is evil’ sort of book, but we did end up buying it and sat up in my room trying to do Craft-like rituals.”

As most people with knowledge of modern spiritualism knows, there is a number of different practices in which people can delve into the art of magik.  When I was a teenager, Wicca became a fad due to the popularity of the 1996 film The Craft.  Although Amy Jane’s practices pre-date the film, she admits that The Craft played a part in her understanding of witchcraft, as well as leading her on another path away from Wicca. “I will admit that I was one of those kids that did watch The Craft,” Amy Jane laughs.  “My god-brother used to love horror movies and he’d torture me with horror.  He used to jump out and wear his Freddy Kruger mask and claw and would jump out of closets and scare me.  Well, he told me ‘There is this new movie called The Craft but you can’t watch it.  You’re too young.’  I was pretty young when it came out.  A pre-teen at least.  Of course I said ‘You put that on.  I need to watch that.’  I watched and fell absolutely in love with it.”

“The Craft was a movie where it was nice to see a more realistic representation of witchcraft,” Amy continues.  “Now, when people say they are a witch, that doesn’t mean necessarily that they are Wiccan.  What’s represented in The Craft is a Hollywoodized version of Wicca.  Fairuza Balk is actually a practicing Wiccan and had a lot to say on the set and really influenced people.  So  after seeing The Craft I thought ‘Maybe I want to be a Wiccan.’  But I read all these books and researched it and I thought ‘Maybe I don’t want to be a Wiccan.’  I found that even though I like to use the term witch, I identify as a Neo-Pagan.  I pull stuff from everywhere.  I find that the ideas behind Wicca, as much as I appreciate them, I found them too limiting.  I didn’t like the idea of all these rules.  That didn’t align with how I grew up and the beliefs I already had, and I couldn’t fit myself into a Wiccan box.  I’d be disregarding too much of myself.”

“Paganism is sort of an umbrella term,” Amy tells me when I ask her to define Neo-Paganism. ”We see that Druidism, Satanism and Wiccanism all seems to fall under this idea of paganism.  The more I was looking into it, the more I was pulling from all different kinds of belief systems.  I’m kind of a moon worshiper, and I’m also a nature worshiper.  How does this all align?  How does it all fit together?  I believe that the modern paganism started to develop around the 1970’s, and is defined at what it looked like at that time which was bred out of the counter culture of the late 60’s.  So I use the term Neo-Paganism to say that I am aware of the pagan history, but it’s okay to be beyond that.  I’m more liberal and open minded than what the practicing of witchcraft looks like.”

So how does one become a witch?  Is it something that you are born in, or is it something that you can learn?  Where does the magic come from, and is magic even real?  If it’s not something that’s just in storybooks, than what is it?  “I think some people are born with innate abilities that we can’t put a name on.  They are just born with it,” Amy Jane states.  “But I also believe it is something that can be learnt.  They say it takes ten thousand hours to become a master of something.  The longer that you spend honing your craft the more you’re going to develop those skills.  But as a kid, everything is magic.  Everything you do is magic.  Everything that happens is magic.  But the more you learn about the world, and then you start to think that it’s not magic.  That’s a scientific phenomenon.  That’s the prism that has light going through it, making a rainbow on the floor.  We lose the idea of magic the further we go on.  I’m a skeptic, but also a believer.  It’s hard to balance those scales sometimes.”

Known among her own community for her elaborate costumes and spooky lifestyle, Amy Jane lives Halloween every day with a sense of mirth and whimsy.  A beloved and engaging individual, her unique world is admired by her friends and followers on social media.  But, currently teaching at Trent University, she admits she attempts to push down her witchy lifestyle when in professional situations.  But, even then it’s impossible.  “I do try to keep my work life separate,” she says.  “I always have my spooky pins, and I bring that element of my life into it subtly into work, but I try to keep a difference.  There’s what I do in my private life, and then in my professional life I try to have a certain image.  But I’ll never forget that I had a group of three students come up running to me at the end of one semester and they said ‘We’ve been talking and we want to know.  Are you a witch?’  Oh!  I’d been outed of the broom closet.  They knew.” 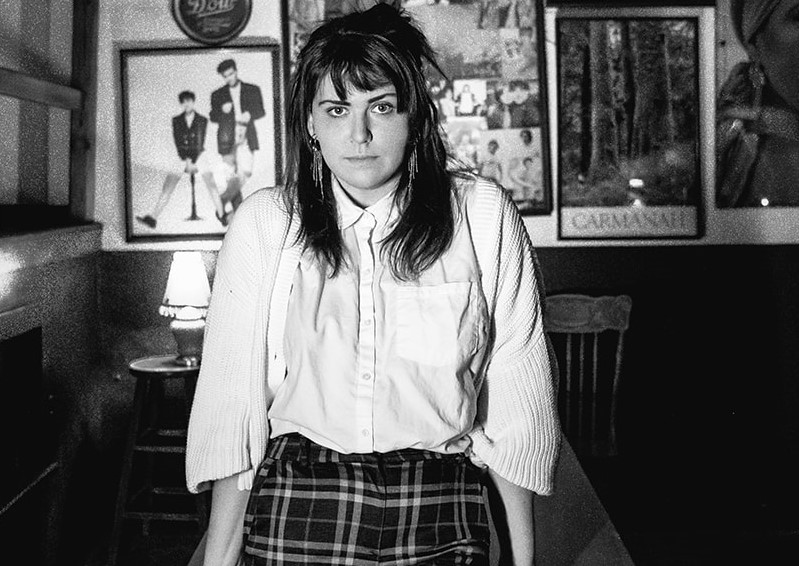 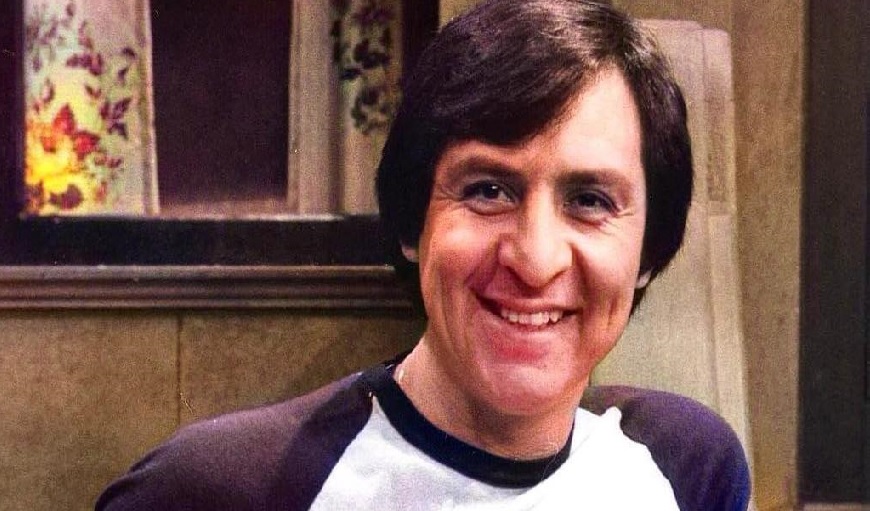