Over the years I’ve been asked why I am so obsessed with pop culture.  I don’t think that there’ll ever be a true answer to why, but I have been convinced over the years that a big part of it was because I was born in the 1970’s and formed my first memories in that era.  The 70’s was a true golden age for pop culture with some of the greatest pop culture icons of our time emerging from the same era that brought you disco balls, bell bottoms and Watergate.  My earliest entertainment memories revolve around its own quartet from this era – KISS, the Muppets, Darth Vader and Fonzie.  In many ways, these four are cornerstones of 70’s pop culture, or at the very least of my personal recollections of the decade.  So by putting it in this perspective, you can possibly imagine the surreal sense of awe I felt when I came face to face with Henry Winkler, the man who brought Fonzie to life.  In terms of pop culture addiction, meeting Henry Winkler is sort of like meeting the Pope.

How do you explain the popularity of the Fonz?  It’s sort of like trying to explain why the sky is blue, or why water is wet.  Henry Winkler’s character is, without a doubt, one of the most important and endearing television characters of the 20th Century and has entered our mass pop cultural subconscious like a modern American folk hero.

Created by TV producer Gary Marshall in 1974 as what was to be nothing more then a minor character on his sit-com Happy Days, which was intended to be a vehicle for Ron Howard, Arthur Fonzarelli became the break out character.  Donning his trademark leather jacket, Fonzie was the rebel without a cause that every girl dreamed about having, and that every guy dreamed about being.  The Fonz is the definition of cool.  He could start a jukebox by hitting it, get an armload of girls by snapping his fingers, jump a shark on water skis and with his pearly smile, two thumbs up and his trademark phrase “Ayyyyyyyyyyyy” could solve every problem in Milwaukee within a half an hour.  As fan mail began to pour in for Henry Winkler, and the voice of the audience demanding more of Fonzie, Happy Days changed its focus towards Henry Winkler as the star of the series and a cultural icon was born.  Henry Winkler would stay in that role for ten years, appearing in each and every episode of Happy Days until the series folded in 1984.

However we must remember that the Fonz is nothing more then a fictional character that Henry Winkler helped bring to life.  Henry Winkler is not the Fonz.  I mean, his face is the same, beyond a lot more grey in his hair and a few more lines in his face, but when meeting Henry Winkler you will not find the Fonz.  But does that stop Henry Winkler from being cool?  Absolutely not.  Henry Winkler is just as cool as Fonzie, but in a whole different way.  He’s like that older brother that you admired your whole life.  He is still the kind of guy that you’re willing to look up to, and he has an uncanny way of making each and every person he meets feel special and good about themselves.  Henry Winkler is a very special man, and there is no wonder why his character has become such so beloved and endearing.  Because somewhere and somehow Henry Winkler put a bit of his own goodness into the character of the Fonz.

My time with Henry Winkler was short.  Henry was in Toronto promoting his series of children books,  Hank Zipzer:  The World’s Greatest Underachiever when he agreed to do an interview on the fly while he was doing an autograph session.  With a line of fans and other pop culture addicts formed in front of us, Henry allowed me to stand beside him and talk to him.  Valuing his time, as well as the individual time that he had to spend with each fan that came to meet him, I cut my questions down to a minimum.  As a result my talk with Henry Winkler is nothing more then a postage stamp in time.  However, I used my time wisely and I feel that in the few moments I had I managed to somewhat capture the essence of Henry Winkler, and give you something much deeper then an interview about the Fonz.

I talked to Henry Winkler in Toronto on August 22nd, 2008

Sam:  So where did the Fonz come from?

Sam:  Now originally Happy Days wasn’t supposed to be about Fonzie and he was just a secondary character.

Henry:  That’s exactly right.  Originally I was the sixth character on the call sheet and slowly but surely my character grew.

Sam:  So during the height of Fonziemania, was the sudden fame startling to you?

Henry:  It’d be startling to anybody because being a star is not natural.  It’s not in the purview of the human being to deal with that kind of attention.  It is an artificial phenomena that just knocks you out and what is really important  that you have to remember that being a star does not change who you are fundamentally.  It is an honor and if you buy into it, it will kill you.  It will hit you in the mouth like a two by four.

Sam:  So how do you handle fame and manage to stay grounded?

Sam:  Did you ever find your image being licensed or marketed on merchandise to be rather strange?

Henry:  No.  Because that is America.  That is the way of the world and if you’re going to be in the game then you have to go with the way it’s played.

Sam:  So when do you feel that Happy Days jumped the shark?

Henry:  It never did.

Henry:  When we jumped the shark we were still number one for four years thereafter.  It is America.  So a guy thought up a name….

Sam:  How did typecasting affect your career?

Henry:  Well, sometimes it does.  Sometimes it doesn’t.  But if I had to look at the big picture I wouldn’t change a thing because it is so gigantic what I have been given in my life.  You know, I mean just outside my children, and outside the novels that I write which I never thought I could do in my whole life because I’m dyslexic, well my jacket is in the Smithsonian [Institute], I have a statue in Milwaukee and my star is on Hollywood Boulevard, I’ve been knighted by the government of France.  So what am I going to do?  Say “Oh yeah, whoa is me?”  I don’t think so.

Sam:  What do you feel that the everlasting appeal of Fonzie is?

Henry:  You can’t ask me that.

Henry:  I don’t know [the answer to] that.  [pointing out at the crowd of people lined up for autographs]  You’d have to ask all these people.  Just ask them.  Ask the people in line.  Only they know.  All I did was do it and I can’t tell you why.  All I know is that I am honored to have played that part.

Sam:  Now you have gained a new popularity in recent years with you’re appearance on Arrested Development.  Are you going to be appearing in the upcoming movie?

Henry:  Well you know, their working on it, but I’m only an actor and not a producer of that one.

Sam:  Can you tell me about your books?

Henry:  Hank Zipzer:  The World’s Greatest Underachiever.  I am very proud of my books.  They are the story of my life as a child with a learning disorder in the third and fourth grade.  There are twelve books in the stores, and we just finished the fifteenth.  The Zippety Zinger was about how I couldn’t play baseball very well.  Barfing in the Backseat, [the Zipzers] go on a Christmas holiday and he loses his homework, The Curtain Came Up, My Pants Went Down.  [Hank’s] sister wears an iguana like a scarf around her neck.  They are all very funny.

Sam:  Okay, so we’ll make this the last question.  What would be your message to your fans be?

Henry:  I’ll tell you exactly.  You have greatness inside of you.  It’s your job to find out what it is, to dig it out of you and give it to the world.

Sam:  Okay.  Well thank you so much for giving me some time Mr. Winkler.  Take care.

Henry:  I wish you the best in your career.  You are very smart in the way you ask you’re questions.

I couldn’t sleep a wink that night.  Henry Winkler’s final words rang in my ears all nights.  I can’t explain how I felt that it was the highest compliment I have ever received and, in come strange way, validated my whole career and this pop culture journey I’ve been creating over the years.  But that’s the effect that Henry Winkler has on you.  Talking to other people who met Henry Winkler over that same weekend, they all had the same thing to say.  Henry Winkler made them all feel special.  He took the time and tried to invest a little bit of interest in each person he met and who wanted to meet him.  Henry Winkler is more then just a pop culture icon, and even more then just the Fonz.  Henry Winkler is both a class act and a genuinely good person.  I truly believe that if more people approached others with the respect and kindness that Henry Winkler shows his fans that this world would truly be a better place.  Now I don’t know about you, but to me that’s cool.  Even cooler then the Fonz. 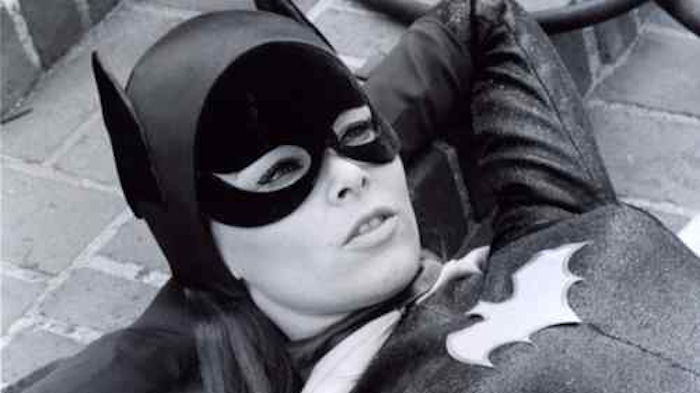 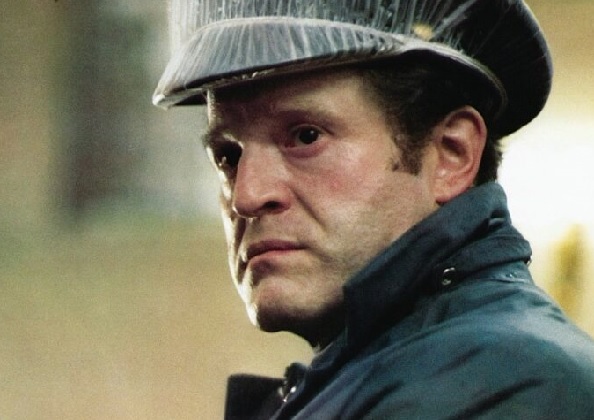