Ten years ago today the world lost Amy Winehouse.  I know.  I can’t believe its been a decade already.  Its strange really.  Amy Winehouse still seems so fresh and so modern, but it also seems that she was never really here at all.  Was she just a dream?

No ‘modern’ musician has fused theirselves to my soul more than Amy Winehouse did.  I think its because she was able to mix the retro sound I love so much, with a modern sensibility that spoke to a world I recognized.  Even ten years later, her music lives on in my life, and her death still hurts my heart.

But while I have so much that I could write in regards to remembering Amy ten years after her death, today I revisited the tribute I wrote to Amy the day she died.  I remember where I was ten years ago today.  It was a Saturday, and I had come home after an afternoon visiting my friend Ralph.  I sat down to check my computer and found it jammed with messages from friends telling me that Amy Winehouse had died.  I remember my heart just pounding, and I got up from my office chair and paced through my apartment, from room to room, in a frenzy of anxiety.  There was no tears, but it was more of a panicked feeling as if I didn’t know how to feel.  The, after about twenty minutes of this, I sat down and poured my heart over Amy Winehouse.

Today I find that what I wrote ten years ago still stands true.  My life has changed, my heart has evolved and I’ve learnt much more about what was going on in Amy’s life.  I could talk far more fluently about her life today than I did then.  But the emotions I bled on the page that day still hold up.

I’d like to memoralize Amy Winehouse ten years later by representing what I wrote that day.

I still love you Amy Winehouse.  Your music will move me forever.

“If I died tomorrow, I would be a happy girl.” – Amy Winehouse

“My justification is that most people my age spend a lot of time thinking about what they’re going to do for the next five or ten years. The time they spend thinking about their life, I just spend drinking.” – Amy Winehouse

“I only write about stuff that’s happened to me.. stuff I can’t get past personally. Luckily, I’m quite self-destructive.” – Amy Winehouse

In our lives there are many musicians that’ll mean something to us, but only a few attach themselves eternally to our souls.  For me, Amy Winehouse was one of those performers.  I listen to Amy Winehouse every day.  Her pictures hang on my walls, her image is branded on articles of clothing, an autographed photo of her hangs in my office, her music is in my car, my CD player, my MP3 player and on my computer.  She is always accessible, always there.  I listen to her music through every emotion of every day.  She greets me in the morning, and she sings me to sleep at night.  I talk about her in every music conversation I have, but it often seems that I am faced with more people who know of her notoriety then they do her music.  If they did then they wouldn’t have to say “Amy Winehouse?  She’s a sketched out crack whore.”  Well, perhaps that is the truth, but that sketched out chick can sing, and I happen to love that crack whore.  But I don’t need to defend Amy anymore.  My heart is still in my throat and a pain is in my chest as I write this because Amy Winehouse’s song ended today, and her death at the age of 27 ensures that she’ll always be a legend.

Ironically, if it hadn’t been for her notoriety she probably would have never entered my world.  With little faith in the current industry, I’m not a man with his thumb on what’s happening on the music scene.  Thus, when stories of Amy Winehouse’s dramatic lifestyle of drugs and alcohol abuse began to cross my radar over and over again, I decided that perhaps it was time to actually take a listen and see what all the fuss was about.  By this time Amy had already released two albums and won five Grammy Awards.  Obviously I was a little late to the party.  Late, but once I heard Amy for the first time her music had a powerful effect on me.  It flew me to the moon.  It continues to fly me to the moon every time I hear her.  Listening to Amy was like if I had heard music for the first time in my life.  I can only think of two or three other artists who had ever had that effect on me, and even then when I was much younger.  Amy Winehouse was something so different and so special.  Here was this little white British girl who could sing like Billie Holiday, had the soul of Aretha Franklin, the power of Mahalia Jackson and wrote songs as blunt and real as Lou Reed.  She wasn’t doing anything new as much as finding a new way of doing something retro.  She was harnessing the spirit of Phil Spector’s girl groups and fusing it with a little bit of jazz, a little bit of soul, a little bit of pop and making it something her very own.  With her trademark bee hive and large fake eyelashes, she had an eccentric style that separated her from the generic pop princesses that littered the musical landscape, and emerged as a truly talented and evolved performer, inspiring young female singers world wide who didn’t want to be just another girl with a guitar, or a bubble head pop tart.  Amy Winehouse was something all her own, but as a result walked in a world completely alone.

So why Amy?  I suppose it comes down to this.  I am a man who tends to internalize my own pain, loneliness and insecurities.  These are feelings that everyone everywhere shares, but I feel that to show them is a sign of weakness.  But I am a man who lives alone, has had far too many heart breaks and bad romances then he’d care to admit and feels the same pain that everyone goes through.  But through Amy Winehouse’s music I found a way to harness that pain on a daily basis.  The overall themes in Amy’s music are about love gone wrong and about living in a lonely world that doesn’t understand you – two things that I know plenty about.  I can’t say that I ever connected to the actual lyrics in Amy’s songs, but the overall sorrow and darkness and heartache and alienation match my darkest of moods.  She speaks to a side of my psyche which I keep hidden from the world, but is far more real then the façade that I reveal to the public.  Via Amy’s music I’m able to turn my sorrows into joy, my pain into perseverance and my heartache into numbness.  It’s as if her music heals all my inner wounds so that I can continue to walk through this world as if I am unscathed and undamaged.

But if Amy’s music helps heal the wounds of the world, its effect on herself was like the portrait of Dorian Grey.  While her fans found solace in her tortured lyrics, Amy’s mind and body suffered from her long and public history with drugs, alcohol, self mutilation, depression and mental health issues.  Amy was far too gone for anybody to ever help her, and despite entering rehab again, and again, she couldn’t get herself together.  Why couldn’t she get help?  Perhaps she had lost all faith in herself that she could ever do it.  Perhaps she just didn’t want to.  Perhaps she got off of the high and the drama.  While her music numbed my pain, drugs and alcohol numbed hers, and through her own tortured soul she was able to write the songs, and hit the emotional chords, that touched the hearts of her fans.  It was a vicious cycle.  Amy’s personal hell made her the artist that she was, and we all got off on it.  Did Amy suffer for her music, or did she just suffer?  Whatever was the case, her lifestyle created her music, but killed her in the process.

In what is probably the most crass and cynical statement I ever made, I have said on many occasions that at this point in Amy’s career she had two options to stay on top – she could get her act together and complete another album, or she had to die while still on the public radar.  To maintain a status in the public an artist needs more then two albums.  However, if Amy kept upon her path of self destruction, burning herself out after only two albums and dying twenty years later of a drug related death long after anybody cared she’d just become another Nico – alone and unknown on a slab while the world doesn’t even notice.  Yet a death while still in the public sphere would ensure her to have a legendary status, much in the same vein of Janis Joplin, Jimi Hendrix, Jim Morrison or Kurt Cobain.  It’s the difference between being a major headline and considered a cultural loss, or becoming a page five obituary and a curiosity.   It’s better to die young then to burn out.  I hoped for another album, a world tour and to finally get a chance to see Amy in concert, but in my heart I knew it’d be the other way around.

But now Amy’s short and angst filled life is over.  But lets not allow sentimentality over Amy blind us to the fact that most of the time she caused her own pain.  Her inability to work beyond her demons and addictions, and to lose her life to drugs, alcohol and mental disease destroyed her as an entire world sat by and watched.  Now the flood of Amy Winehouse jokes will begin, the cynical remarks that “we all saw it coming” and, of course, the phony adoration from the same people who called her a “crack whore” a month ago but claims they were always her fans now that shes gone.  But in my world Amy Winehouse still lives on in her words and her music, singing to me in her sweet and dark melodies like an angel from my stereo speakers.  A career spanning eight years, two albums and a hand full of bootlegs and demos, Amy Winehouse made a body of work like no other, and which will  forever be amongst the most important music of my life.

“I wish I could say no regrets,
And no emotional debts,
Cause as we kiss goodbye the sun sets,
So we are history,
The shadow covers me,
The sky above a blaze that only lovers see,

He walks away,
The sun goes down,
He takes the day but I’m grown,
And in your way,
My blue Shade,
My tears dry on their own,”

– Amy Winehouse, “Tears Dry On Their Own” 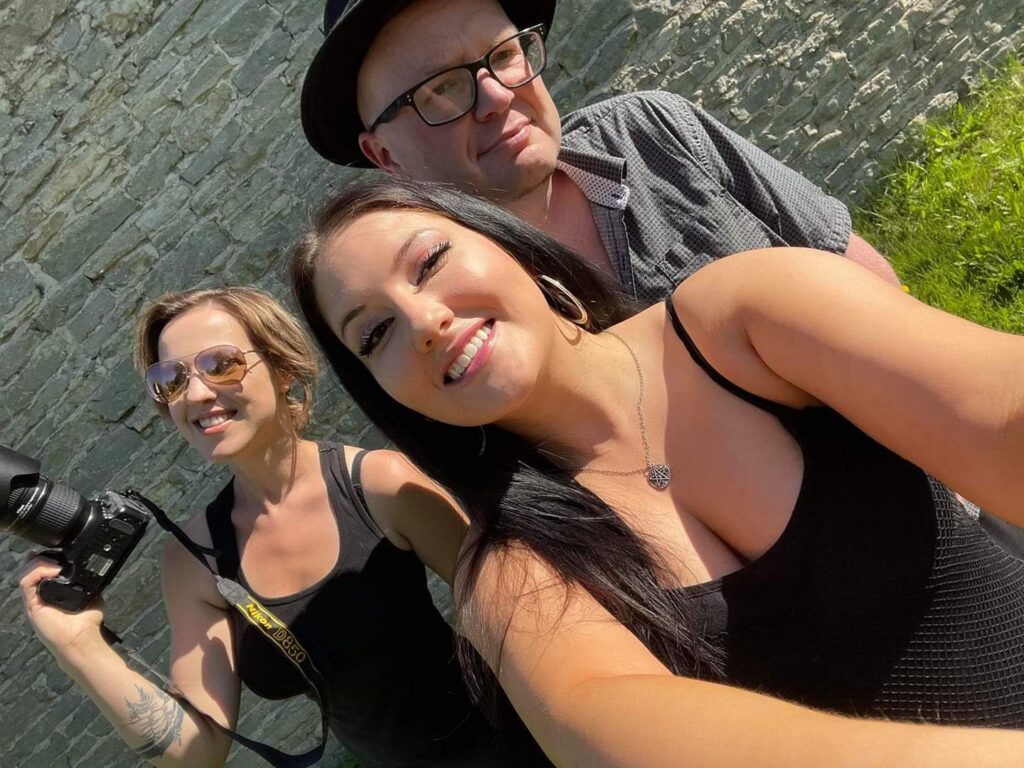 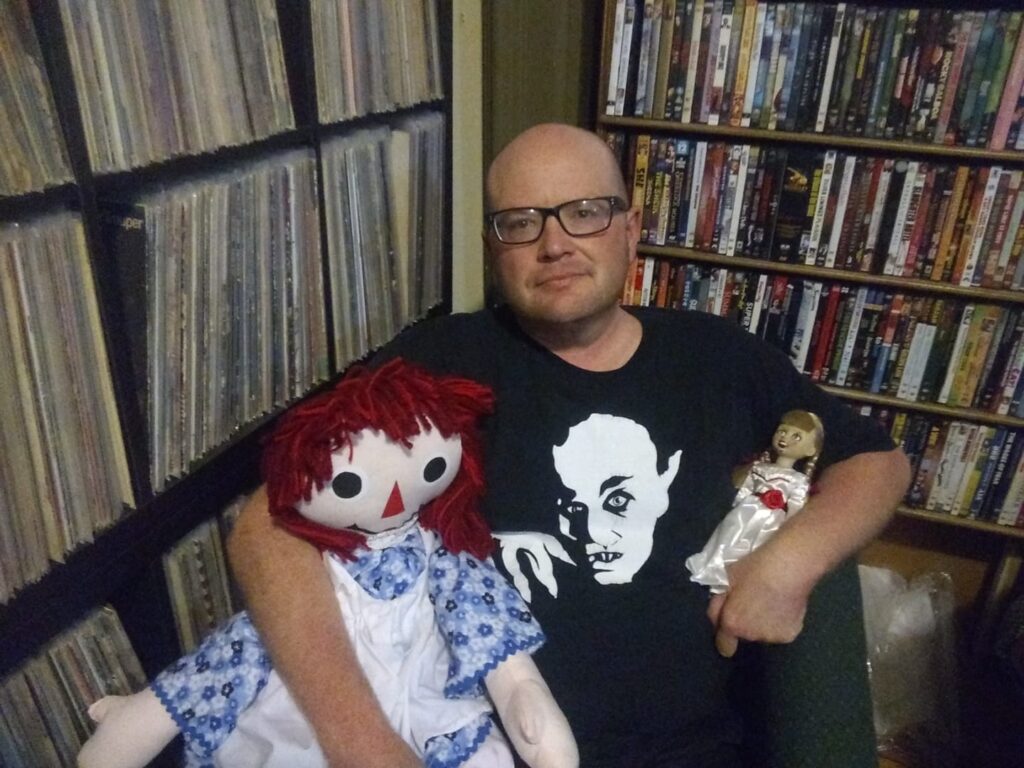 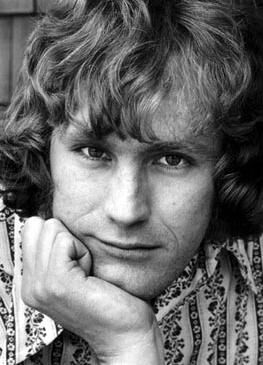